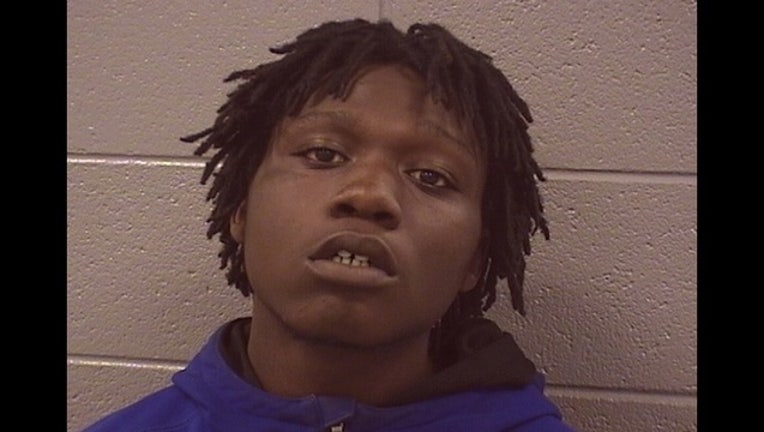 CHICAGO (STMW) - An 18-year-old man stabbed an elderly woman to death, then set her apartment on fire to cover it up after she caught him breaking into her Washington Park home last week, according to prosecutors.

Trae Chatmon has been charged with first-degree murder, according to Chicago Police.

Another resident woke to a smell of smoke in the three-story apartment building in the 5100 block of South Michigan Avenue in the early morning hours of Oct. 26, according to prosecutors.

The neighbor had seen 89-year-old Josephine Johnson return home from church the night before and used a spare key to enter her first-floor apartment to check on her. He found her body lying on the floor outside her bedroom, prosecutors said.

Johnson was taken to the University of Chicago Medical Center, where she was pronounced dead at 3:03 a.m., authorities said. An autopsy found she died of multiple blunt and sharp force injuries from an assault, and her death was ruled a homicide. She also suffered blunt force injuries to her head and burns on her upper torso, prosecutors said.

The apartment had also been ransacked and a window had been broken, prosecutors said. Knives were recovered and multiple pieces of jewelry were found strewn on Johnson’s bed.

About half an hour later, Chatmon was caught burglarizing a home nearby in the 300 block of East 53rd Street, prosecutors said. He was caught on surveillance video breaking into the home and was arrested.

Chatmon was tentatively identified by a witness as the man seen standing outside Johnson’s home as the fire burned, and blood on his clothing when he was arrested has been submitted for testing and analysis, prosecutors said.

Chatmon admitted he broke into Johnson’s apartment through a window and stabbed her with knives after she caught him, prosecutors said. He set the home on fire because he was scared and wanted to cover it up. He then ran away, but returned to the scene briefly around the same time firefighters arrived.

Chatmon, of the 4900 block of South St. Lawrence Avenue, was ordered held on a $1 million bond Thursday by Judge Laura Sullivan. He was already being held at the Cook County Jail on charges of residential burglary and aggravated battery to a police officer.