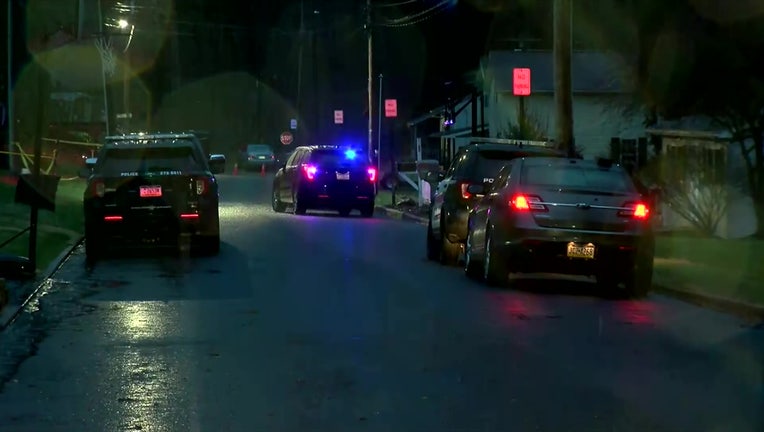 LEBANON, Pa. - A Pennsylvania police officer was killed and two officers were injured Thursday during a shooting while responding to a domestic disturbance, Lebanon Mayor Sherry Capello said.

Police went to a home in the city at about 3:30 p.m. for the disturbance call. Nearly an hour later gunfire broke out and officers radioed they were hit, Capello said at a brief news conference.

All three Lebanon City Police Department officers were taken to hospitals. One of them has been pronounced dead. A second was in critical condition, but stable, and a third was in stable condition, Capello said.

"This is an extremely difficult moment for everyone," Capello said.

The suspect, a 34-year-old man from Lebanon, was killed in the shooting, Lebanon Police Chief Todd Breiner said.

"As one can imagine, it's clearly a traumatic event," Breiner said. "Our guys are strong, but we're human and we have families."

Lebanon resident Angelo Gonzalez, 17, was working at a pizzeria down the road from the shooting when he said he saw "cop car after cop car flying down the street."

"Then we heard something and weren’t sure what it was and the street filled up with cops and ambulance in a matter of 15 min," Gonzalez said in a text message.

The slain officer's name is being withheld pending notification of extended family members.

Police did not release further details.