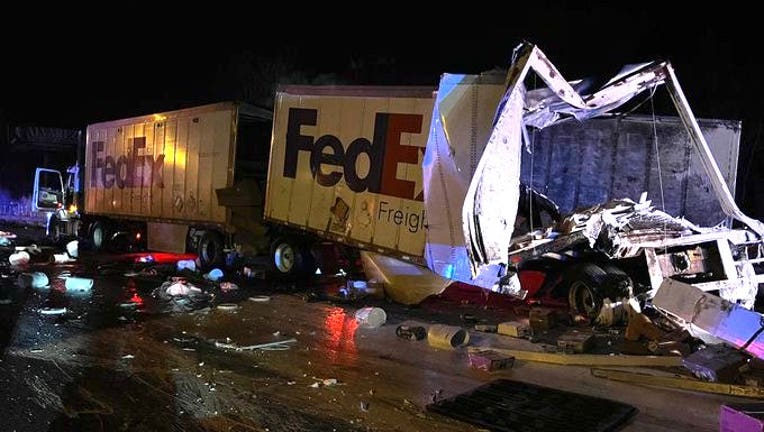 One driver was flown by helicopter to the University of Chicago Medical Center following the early morning crash at Ripley Street near Lake Station, according to Indiana State Police spokesman Sgt. Glen Fifield.

The crash happened about 1:30 a.m. as a FedEx semitrailer slowed down for traffic and was rear-ended by another truck, Fifield said in a statement. The driver of the striking truck was trapped inside the cab and later extricated by the Lake State Fire Department, Fifield said. Police did not say if the other driver was injured.

The crash resulted in a large amount of paint and diesel fuel to spill onto the road, Fifield said. 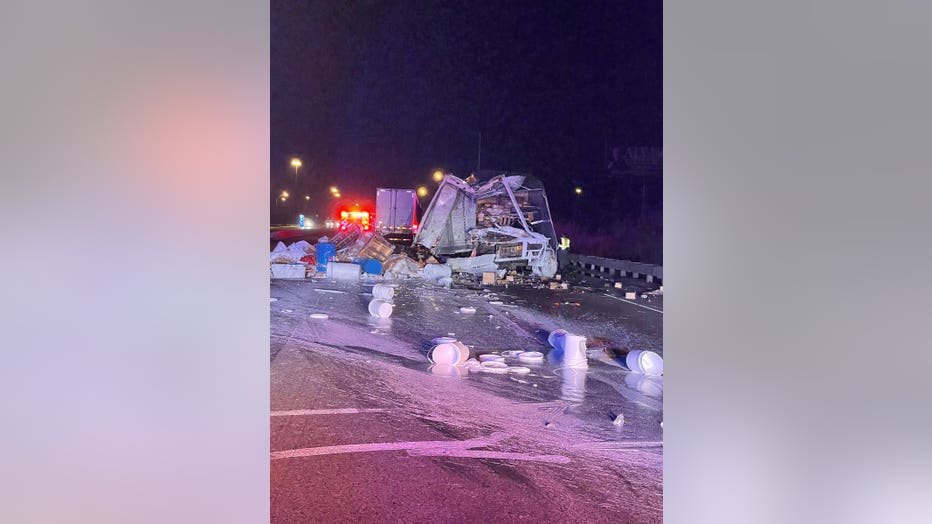 Two semitrailers were involved in a serious crash April 6, 2021, on Interstate 80/94 near Ripley Street.