FOX 32 NEWS - An 11-year-old boy at Lurie Children's Hospital says he now feels a little like a robot.

He’s one of the youngest recipients ever of an artificial heart.

Six weeks ago, the youngster from Aurora became the youngest person ever to receive a Syncardia Temporary Total Artificial Heart, which is expected to keep him alive until he can receive a heart transplant, probably six to nine months from now.

“I been through a lot. This is my third child, with the exact same heart problem. My other two didn't make it,” said mother Lakim Whigham.

Jaheim was born with Hypoplastic Heart Syndrome, which is when a heart has just one working heart chamber. He needed a heart transplant at age seven. Four years later, last October, his body rejected the transplant and the heart failed.

Keeping that heart pumping with the usual outside mechanical supports created the risk of a deadly infection. So, doctors at Lurie Children's Hospital decided to give him a total artificial heart. A larger version of the Syncordia model had previously been used for larger adults, but this smaller model was still considered experimental.

“So we decided to take the chance and do something innovative and to bring this incredible technology here,” said Dr. Kiona Allen of Lurie Children’s Hospital.

“This entire thing is implanted inside of him, except for these two small tubes which exit the body and go to the external driver,” said Dr. Carl Backer.

One of the most surprising things about the device is that for all of its complexity, the two ventricles are connected by Velcro.

There's also a much stronger connection between Jaheim's parents and the doctors who have kept him alive.

“It’s an amazing thing to be here and to have, to have my kid to be able to be with every day. And just to know that we have a fighting team for us, it's amazing,” said father Michael Whigham.

“When I look at Jaheim, he makes me smile. And it brings me up, it gives me motivation. I love you,” mom said.

Jaheim will be tethered to a rolling power supply for a few more days. After that, he should be able to use a portable power supply which fits inside a backpack. 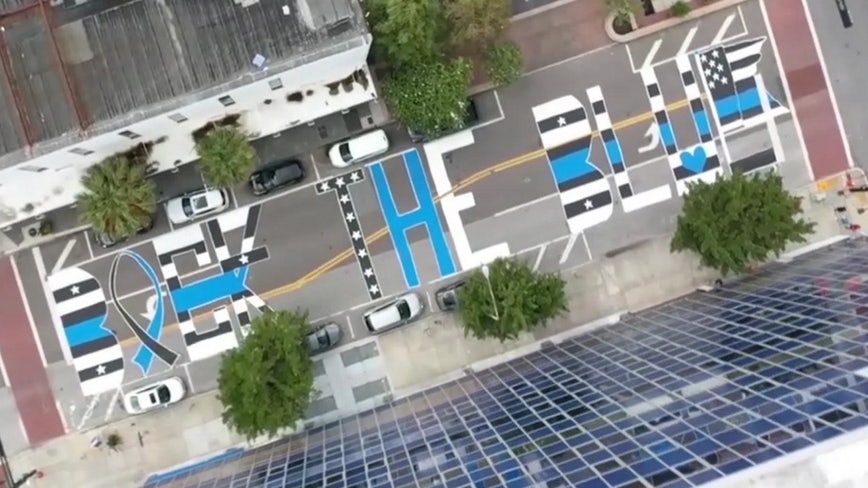