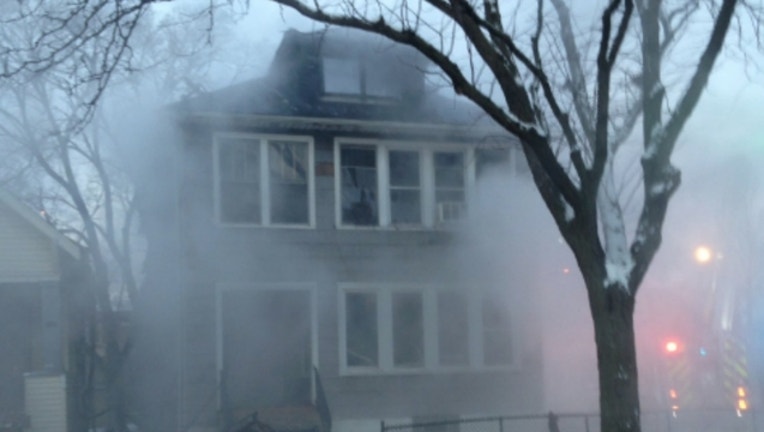 Firefighters battle an extra-alarm blaze at a house Christmas morning in the 10400 block of South State. | Chicago Fire Department

CHICAGO (SUN TIMES MEDIA WIRE) - Twelve people were in need of shelter Christmas morning after an extra-alarm fire broke out at a Fernwood neighborhood home on the Far South Side.

Firefighters responded to the blaze shortly after 6 a.m. at a two-story house in the 10400 block of South State, according to the Chicago Fire Department.

The heavy fire was on the second floor and a second alarm was called in at 6:33 a.m., fire officials said.

The blaze was extinguished by 7:04 a.m., fire officials said. One person was taken in good condition to Roseland Community Hospital, and two other people refused medical treatment.

At least 12 people were displaced because of the fire and the Department of Human Services was called to the scene to assist with housing, fire officials said.