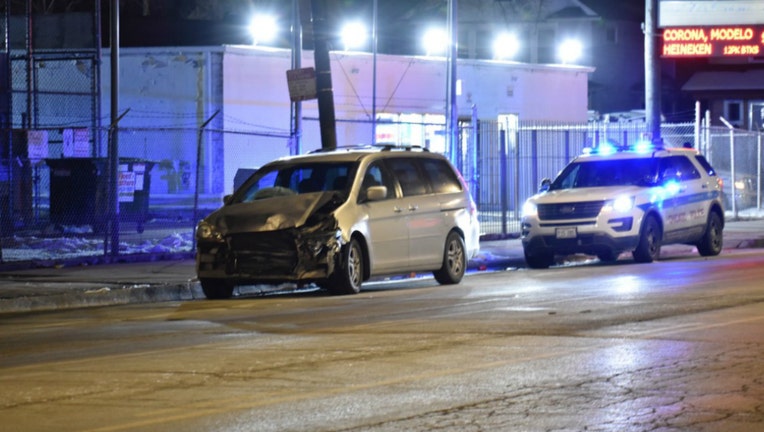 CHICAGO - More than a dozen people were injured when a minivan going the wrong way on a one-way street hit a CTA bus Friday in Austin on the West Side.

The crash happened about 7:40 p.m. in the 5300 block of West Chicago Avenue when a Honda minivan northbound on Lorel Avenue struck the bus at the intersection, Chicago police said. Lorel is a one-way street that runs south.

The driver of the minivan fled, police said.

One person was in serious-to-critical condition, while another was listed in fair-to-serious condition, the fire department said. Thirteen others were in good-to-fair condition.

Police said the injuries were not life-threatening.

No one is in custody as police continue to investigate.