A 16-year-old girl was sexually assaulted while walking on the Robert McClory Bike Path in Beach Park, according to the Lake County Sheriff's Office.

BEACH PARK, Ill. - The Lake County Sheriff's office is looking for a man who they say sexually assaulted a teenage girl on a suburban bike path.

Investigators say the 16-year-old girl was going for a walk on Robert McClory Bike Path in Beach Park when the assault happened. Thankfully, a Good Samaritan heard the girl screaming and helped get her to safety.

"Had that not happened, we have to think worst case scenario and that could have ended even worse than it did," said Lieutenant Christopher Covelli of the Lake County Sheriff’s Office.

The Lake County Sheriff's Office says the assault happened at about 7:30 p.m. on Monday on the bike path, just north of Yorkhouse Road. 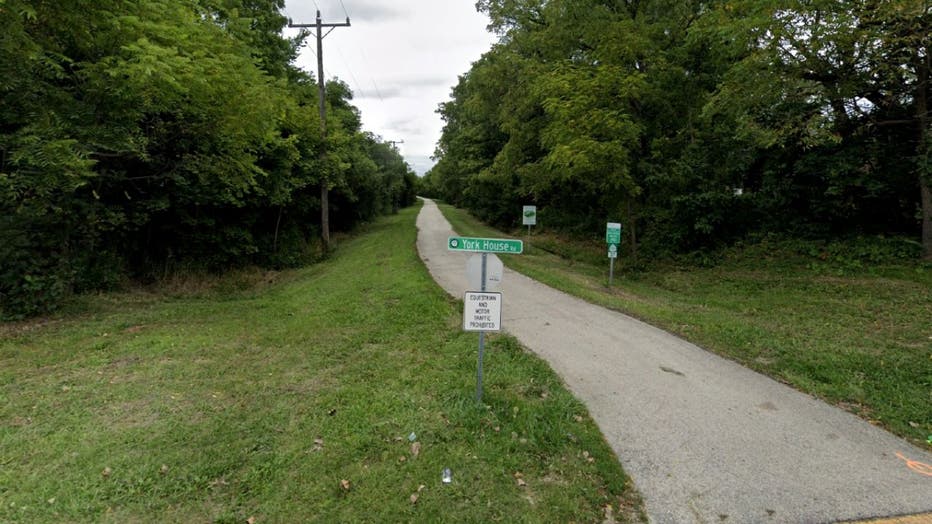 A 16-year-old girl was allegedly sexually assaulted while walking on the Robert McClory Bike Path in Beach Park, according to the Lake County Sheriff's Office. (Google)

Police say the teen was walking when a man started yelling at her. She ignored him, but a few minutes later he then appeared out of the tree line.

The girl started screaming and that is when police say a Good Samaritan, who lives nearby, heard her and intervened.

Police say the man then ran off, and the girl ran to the Good Samaritan who immediately called 911.

"We think that that contributed to the attacker stopping the attack," said Covelli.

Authorities used a canine to track the suspect to an area where he is believed to have fled in a vehicle.

The incident is upsetting for some that use the bike path.

"Just on a walk? That's sad. Sad what kind of people there are out here," said Jylan Smith of Chicago, who was walking on the path Tuesday afternoon.

Charmaine Nahti of Waukegan travels the path four to five times a week and says she has had to call police before.

"In the past two or three years, I've probably called about 10 times, so that's a lot," said Nahti.

The girl was taken to the hospital and is now recovering at home with family.

Police are looking through surveillance video to try to track down the man. Investigators believe the attacker is in his 20s, and they say he is a Black male who had numerous silver metallic hair clips in his hair.

William Pysto, who said he has lived nearby for 20 years has never heard of any problems until now.

"I was really frustrated with [the news]," he said. "This is a beautiful path that lots of families walk upon in the evenings in summer and it really ought to be a safe path."

As of Wednesday morning, Covelli said there was no suspect in custody. Authorities believe the man got away in a car.

Anyone with information is asked to contact the Lake County Sheriff's Criminal Investigations Division at 847-377-4000.