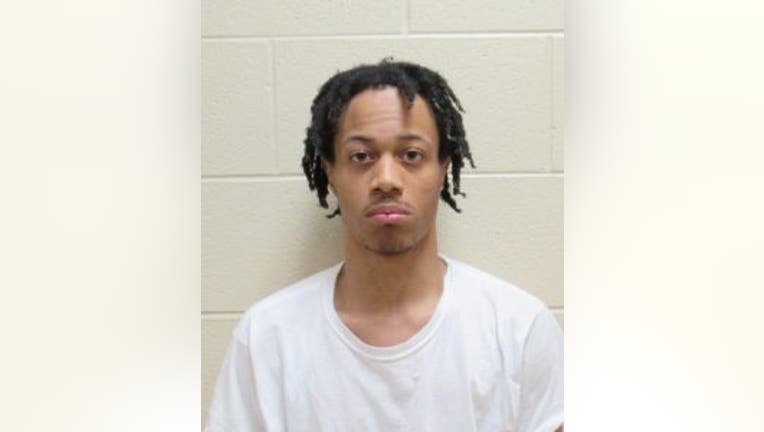 David Williams, 19, has been charged with aggravated battery with a firearm, four counts of armed robbery and two counts of aggravated unlawful use of a weapon.

Williams allegedly arranged a meeting with the victim for the purpose of purchasing cannabis from the victim and agreed to meet in the parking lot of the grocery store.

Williams and a second man approached the victim in his vehicle on foot and got in, police said.

The victim pulled into a parking spot. Williams then displayed a handgun and demanded the cannabis from the victim.

A struggle for the gun ensued, and the second man in the back seat was shot in the leg.

The second man exited the vehicle and limped away.

Police said the vehicle then rolled forward while Williams and the victim continued to struggle over the gun.

During the struggle, the victim was shot in the neck and the sedan came to rest on top of the curb in the far northwest corner of the parking lot, police said.

Williams exited the vehicle and briefly tried to help the second male before leaving him and fleeing northbound through a grassy field.

A good Samaritan rendered first aid to the second man, by placing a tourniquet on his leg, police said.

He was then transported by paramedics to a hospital in fair condition.

The driver of the car, a 17-year-old male, was transported by paramedics to an area hospital in critical condition.

Officers located Williams in an apartment in the 1800 block of Oak Street.

He, along with a third man and a female were detained and transported to the North Aurora Police Department.

The third man and the female were questioned and released while Williams has remained in custody.

Williams is expected to be in court on Saturday.

This incident remains under investigation by the North Aurora Police Department.