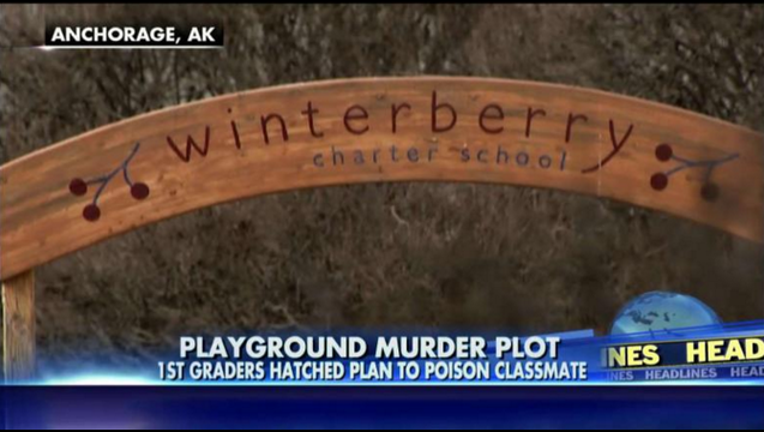 A group of first grade students at Winterberry Charter School in Anchorage, Alaska, hatched a plan to poison and kill one of their classmates, according to the principal. The three students, who have since been suspended, planned to use silica gel, thinking it was toxic, according to KTUU.

A fellow student reportedly alerted adults when he or she learned of the plot. An email sent from the principal to parents read, "Three students in the class were planning on using the silica gel packets (these are not actually poison, but the students believed they were) from their lunchtime seaweed to poison and kill another student."

The Anchorage Police Department investigated the case, but no charges will be filed. Police said it's up to the school and district to determine a punishment.

In this case, the principal is giving the three students a multiple-day suspension. After the suspension, the students are expected to return to school.