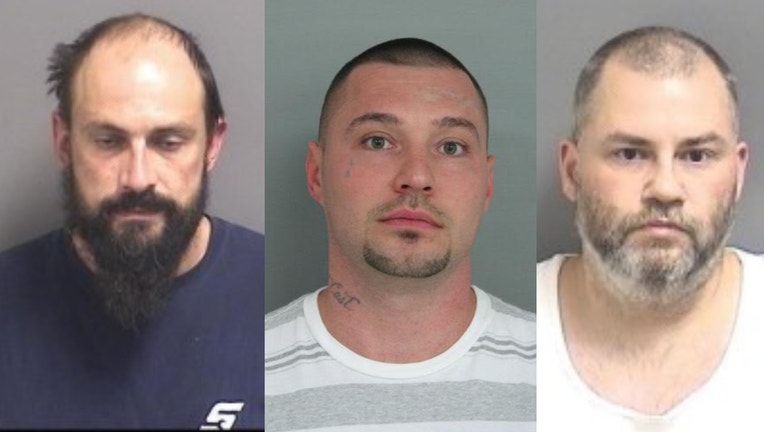 ORLAND PARK, Ill. - Three alleged burglars got into a southwest suburban Best Buy by cutting holes into the walls before making off with 11 MacBook laptops.

Two men, 35-year-old Robert Girolimon and 34-year-old William Debias, were arrested and charged with burglary, Orland Park police said. A third man, 36-year-old Emil Kozeluh, is on the run with a warrant out for the same charge.

Police say that the trio stole 11 MacBook laptops in May from the Best Buy, 15852 La Grange Road, by cutting into the wall of the recently shuttered Arhaus store next door.

After getting into that building, they cut through the interior wall that separates the two stores and stole the laptops, worth over $12,300, police said.

Police investigated the burglary over the course of several months and identified Debias and Kozeluh as the two who cut the holes in the walls and stole the laptops, police said. Girolimon allegedly acted as a lookout.