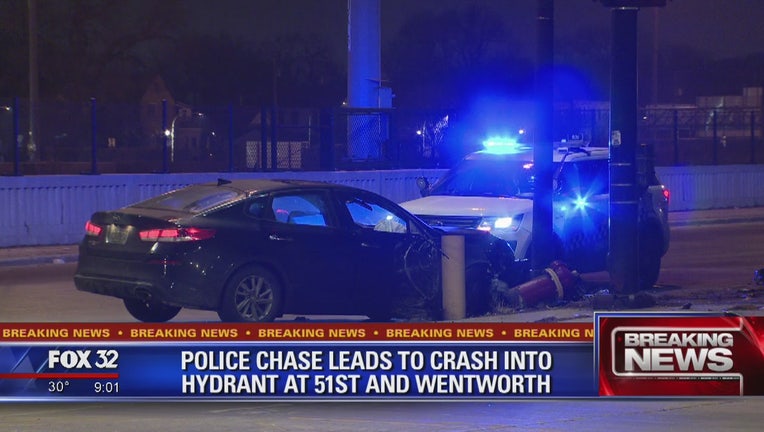 CHICAGO - Two men were arrested after fleeing a traffic stop Thursday and crashing their vehicle into a fire hydrant in Back of the Yards on the South Side.

About 5:32 p.m., officers in a marked squad car saw a Kia traveling in the 5200 block of South Racine Avenue without proper registration, Chicago police said.

The officers tried to stop the Kia but the driver continued northbound, turned onto 51st Street and slammed into a fire hydrant, police said. Three people then ran out from the vehicle.

Two men, 18 and 25 years old, were taken into custody and officers found a weapon and suspected drugs in the vehicle, police said.