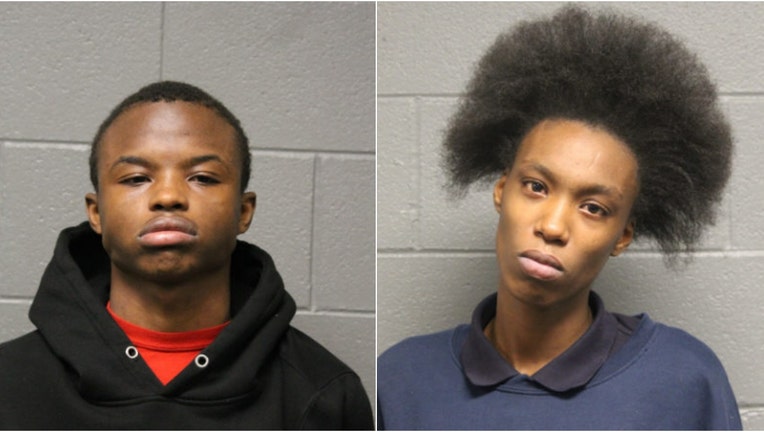 CHICAGO - Two Chicago teenagers are facing charges after attempting to steal a man's phone Tuesday in the South Loop neighborhood.

A struggle ensued and Wolfe was unable to take the cellphone, police said. He got back into the waiting car driven by 19-year-old Armonie Lewis, according to police.

The man flagged down nearby officers and the car drove by again, police said. The man was able to identify the car and its occupants as the pair who tried to rob him.

Officers curbed the vehicle and arrested both of the suspects, police said.

Wolfe and Lewis were charged with one felony count of attempted robbery. Lewis also faces a misdemeanor charge of driving without a license and a citation for operating an uninsured motor vehicle.