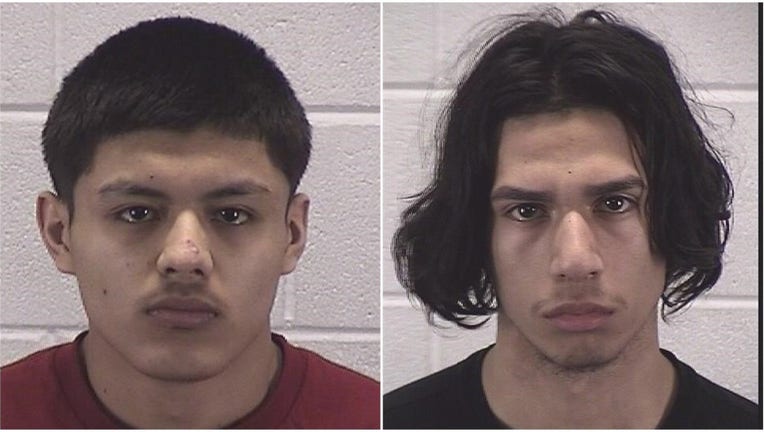 AURORA, Ill. - Two 18-year-old men are facing charges in connection with a shooting that wounded a teen boy and led to a brief police chase Tuesday in west suburban Aurora.

Diego Rubio was charged with one count of aggravated fleeing of a peace officer, police said. All charges are felonies.

Officers were called about 4:15 p.m. to the 600 block of Second Avenue and found a 16-year-old boy with gunshot wounds, police said. He was taken to a hospital in serious condition.

Officers tried to pull over a vehicle that was believed to be involved in the shooting, but the driver refused to stop, police said.

After a brief chase, the vehicle stopped near Summerhill and Jericho where Soto and Rubio were taken into custody, police said. Officers allegedly recovered a handgun inside of the vehicle.

Soto is being held at the Kane County Jail on $300,000 bail and is set to appear in court Feb. 27, according to county records. Rubio is in custody at the same jail on $50,000 bail and his next court appearance was scheduled for Feb. 26.