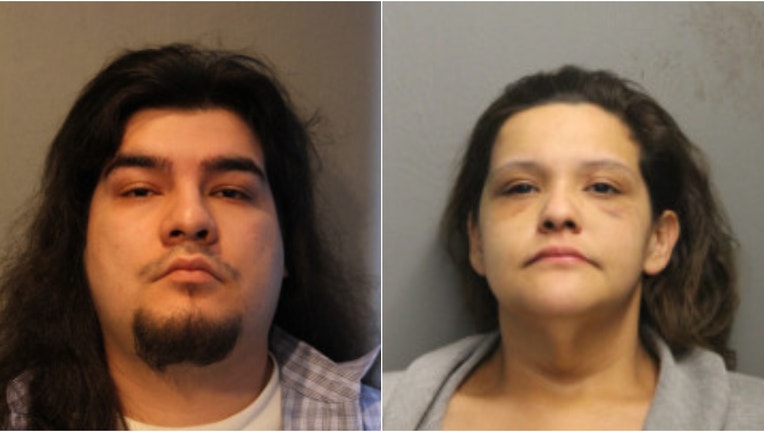 CHICAGO - A man and woman have been charged Saturday in connection with the Christmas Day shooting of a 7-year-old girl in Brighton Park.

Surveillance footage and information from community members helped officers identify and arrest them, police said. Jaime Lopez is from Heart of Chicago and Gabriela Lopez is from Portage Park.

The girl, who is from Hanover Park, was playing with her cousins about 1:30 a.m. Dec. 25 when shots were fired through the window of her relatives’ home in the 3500 block of South Washtenaw Avenue, police previously said. The girl was struck in the abdomen and hospitalized in critical condition.

Both are expected to appear in court Sunday for their initial hearing on the charges.