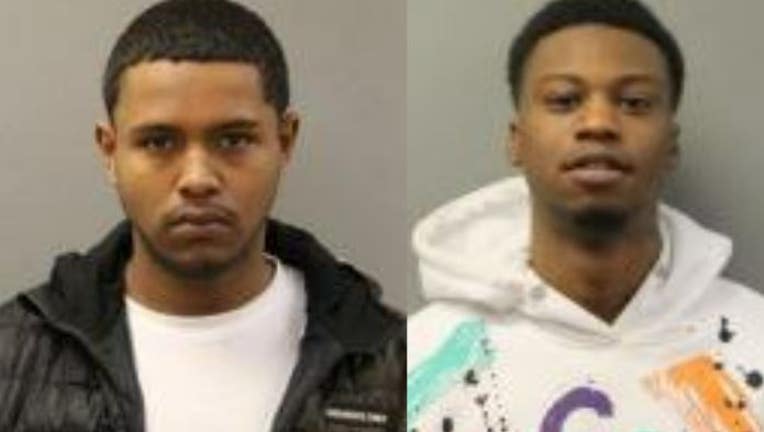 CHICAGO - Two men have been charged with shooting and injuring an 18-year-old man and a 21-year-old man in Humboldt Park Tuesday.

Rollins and McCoy were arrested by Chicago police Tuesday minutes after they allegedly opened fire in the 2600 block of West Crystal and injured two men.

The offenders were placed into custody and charged accordingly.