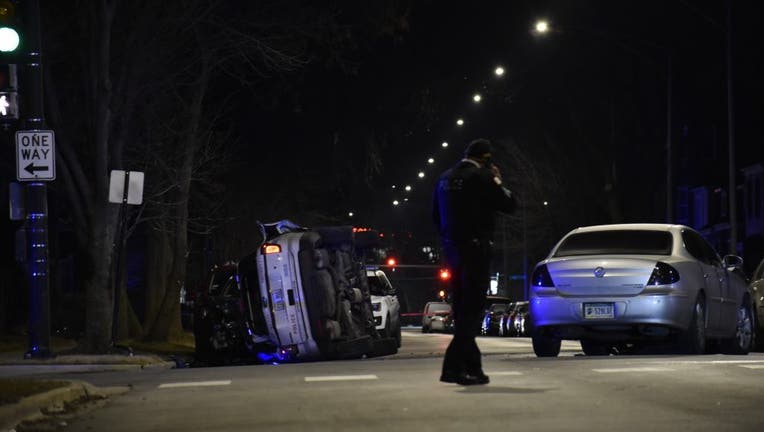 Two Chicago police officers were hurt in a rollover crash when another vehicle collided with a squad car Feb. 3, 2020, at 85th Street and Yates Boulevard. | Carly Behm/Sun-Times

CHICAGO - Two Chicago police officers were injured when their squad car rolled over in a crash Monday in South Chicago.

The marked Chicago police Ford Explorer SUV was southbound on Yates Boulevard at 12:17 a.m. when it was hit by a Buick that was eastbound in the intersection with 85th Street, according to Chicago police. The impact caused the police SUV to roll onto its side.

Both officers inside, a man and a woman, were taken to the University of Chicago Medical Center in fair condition, according to police. Fire officials initially said the officers were in critical condition, but police said their injuries were not life-threatening.

The 41-year-old man driving the Buick stayed at the scene after the crash, according to police. He was not injured.