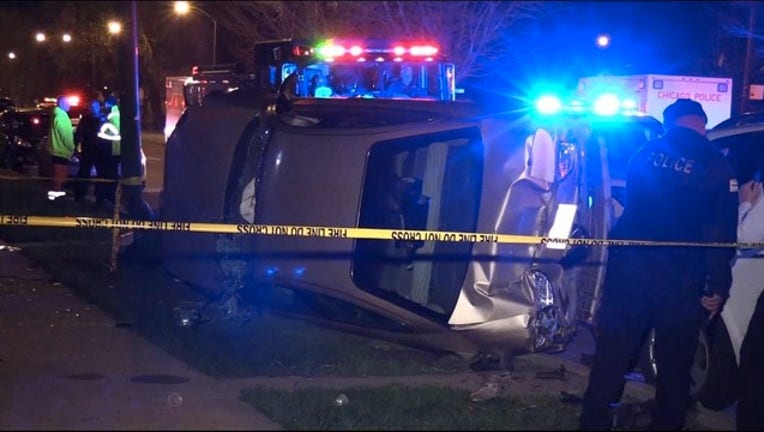 Two adults and two children were injured in a rollover crash late Monday near 95th and Parnell. | Network Video Productions

CHICAGO (SUN TIMES MEDIA WIRE) - Two adults and two children were injured in a rollover crash Monday night in the Washington Heights neighborhood on the South Side.

About 11:50 p.m., a vehicle was eastbound on 95th Street near Parnell Avenue when the driver lost control and the vehicle crashed into a parked car, then flipped over, according to Chicago Police.

Two adults and two children were taken to Advocate Christ Medical Center in Oak Lawn, where they were all listed in good condition, police said. Their genders and ages were not immediately known.