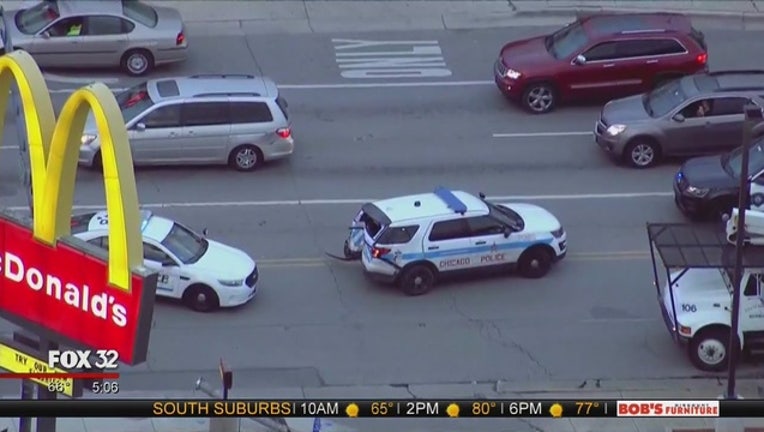 CHICAGO (SUN TIMES MEDIA WIRE) - Two Chicago police officers were injured in a crash Wednesday near Blue Island on the Far Southwest Side as they chased a vehicle wanted for a deadly shooting.

About 7:14 p.m., the officers were southbound in a squad car in the 11800 block of South Western Avenue when another vehicle that was westbound on 119th Street struck the car on the driver’s side at the intersection, Chicago police said.

The officers were taken to Little Company of Mary Hospital with minor injuries, police said. Their conditions were stabilized.

The driver of the other vehicle was taken to MetroSouth Medical Center with minor injuries and their condition was stabilized, police said.

The vehicle the officers were chasing was not involved in the collision and continued south on Western.