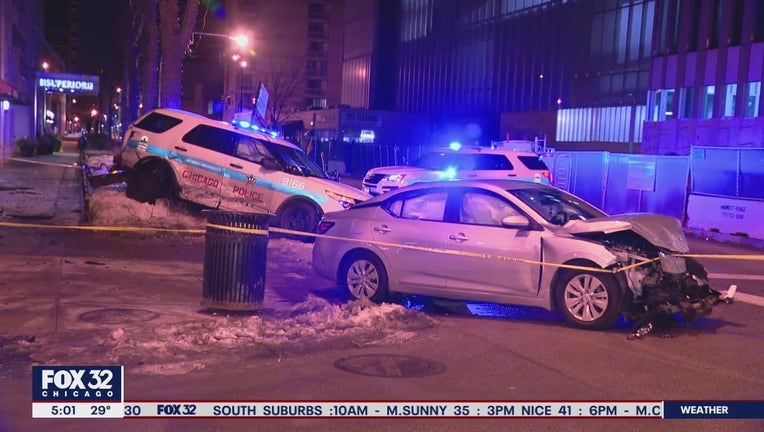 CHICAGO - Two Chicago police officers were injured in a crash Thursday morning on the Near North Side.

About 1:10 a.m., a Nissan Sentra was driving south on State Street when the driver rear-ended a police vehicle in the 700 block of North State Street, Chicago police said.

Two officers from the vehicle suffered minor injuries and were taken to Northwestern Memorial Hospital for treatment, police said.

The 48-year-old male driver of the Nissan also suffered minor injuries and was taken to the same hospital, police said.