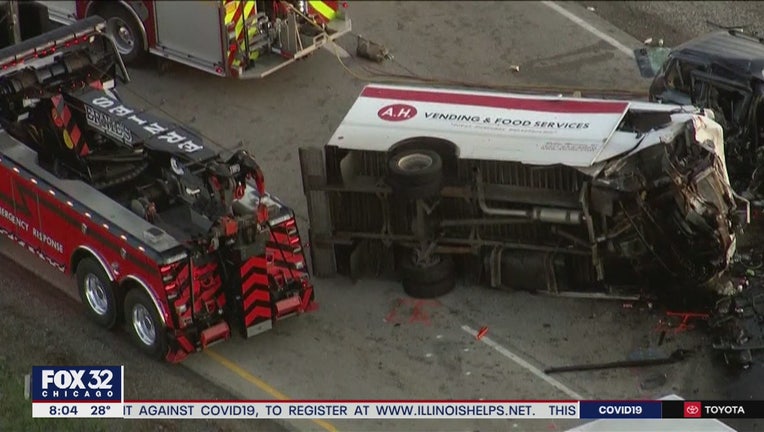 WAUCONDA, Ill. - Two men in their 20s died after crashing a minivan head-on with a delivery truck early Thursday in north suburban Wauconda.

A Honda Odyssey was southbound in the northbound lanes of Route 12 about 2:15 a.m. when it struck the truck near Route 59, Wauconda police said in a statement.

The driver, 24-year-old Montana Brown of Gurnee, and the passenger, 25-year-old Kyle DeKruif of Island Lake, both died at the scene, according to Lake County Coroner Howard Cooper.

The 23-year-old male driver of the truck was treated at Condell Medical Center in Libertyville, police said.

An investigation into the crash in ongoing, police said.