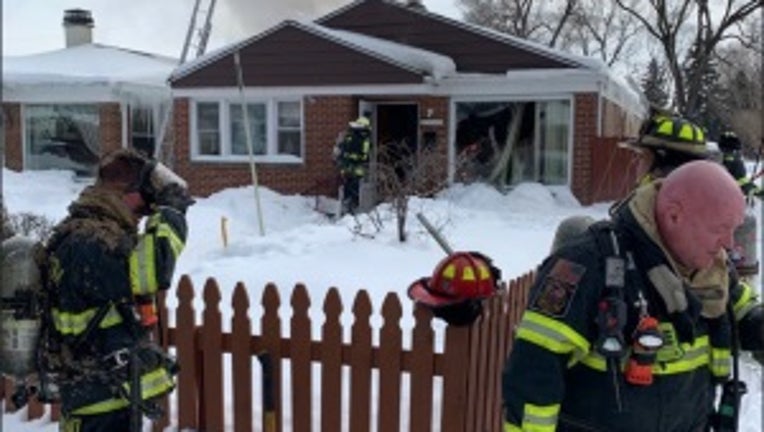 EVANSTON, Ill. - Two people were displaced from their home after a fire broke out in their attic Friday in north suburban Evanston.

Firefighters responded about 1:20 p.m. to a report of black smoke and flames coming from the roof of a home in the 2100 block of Seward Street, Evanston fire officials said in a statement.

The fire was located in the attic and flames could be seen from the street, officials said. Crews extinguished the blaze about 30 minutes after the initial call.

Two residents escaped the fire before firefighters arrived and crews rescued a dog from the home, officials said.

A firefighter suffered a minor ankle injury due to "icy conditions," officials said. No other injuries were reported.

The American Red Cross is working to provide housing and food for the two people displaced, officials said.