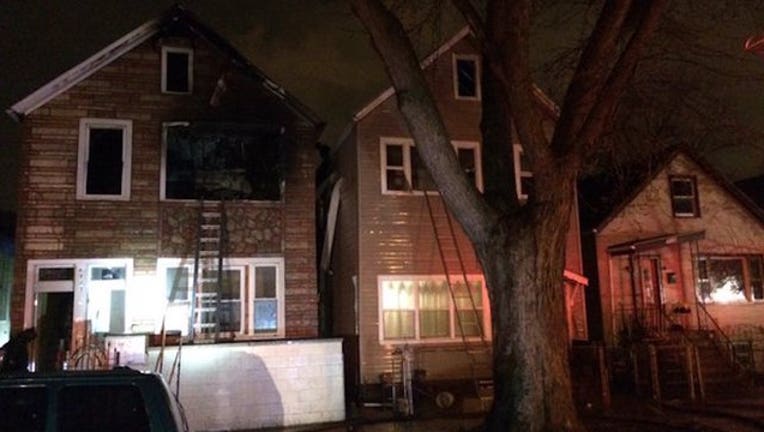 A firefighter and two others were injured in a South Side Back of the Yards neighborhood fire Saturday night. | Chicago Fire Department

CHICAGO (Sun-Times Media Wire) - Two firefighters and two others were injured in an extra-alarm fire in the South Side Back of the Yards neighborhood Saturday night.

Firefighters were at the scene of the 2-11 blaze that involved four buildings in the 4700 block of South Bishop Street around 10:15 p.m., fire officials said.

The fire was struck out about 11:30 p.m. fire officials said.