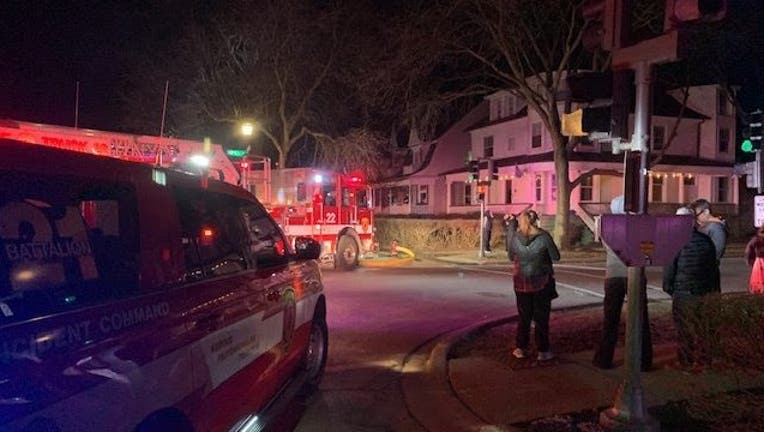 Two Evanston firefighters were taken to hospitals with minor injuries after rescuing a resident and a cat from a house fire March 8, 2020, in the 2200 block of Sherman Avenue. | Evanston Fire Department

EVANSTON, Ill. - Two firefighters were injured while rescuing a resident and a cat from a house fire Sunday in north suburban Evanston.

Crews were called at 9:09 p.m. for the fire at the single-family home in the 2200 block of Sherman Avenue, according to a statement from the Evanston Fire Department.

Firefighters arrived to find the south side of the house engulfed in flame with heavy smoke throughout, officials said. They removed a “confused resident” from the front doorway and rescued the family cat from inside the home.

The fire was extinguished within an hour of the initial call, the fire department said. The resident, whose age and gender were not released, was taken to a hospital in good condition.

Two firefighters were also taken to hospitals with “minor soft tissue injuries,” according to fire officials.