INDIANA - A Friday morning crash between two vehicles on I-65 in Indiana left two people injured.

Around 5:43 a.m., Indiana State Police responded to the crash which took place in the southbound lanes of I-65 at the 243.1 mile-marker, three miles north of the Lowell exit. 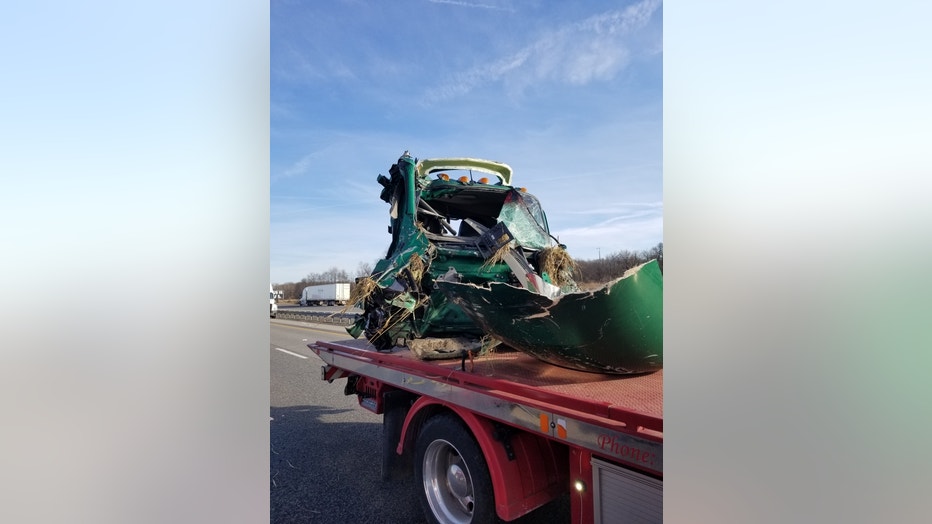 After a preliminary investigation, troopers determined a red 2005 Volvo tractor pulling a single trailer was experiencing an unknown mechanical issue and was traveling at a slow rate of speed in the right lane.

A green 2018 Peterbilt, which was traveling in the right lane at normal interstate speeds, was behind the Volvo when it tried to avoid the Volvo but still struck it on the rear-end.

The Peterbilt then ran off the roadway and overturned on its side, troopers said. The Volvo pulled over on the right shoulder and came to a stop. 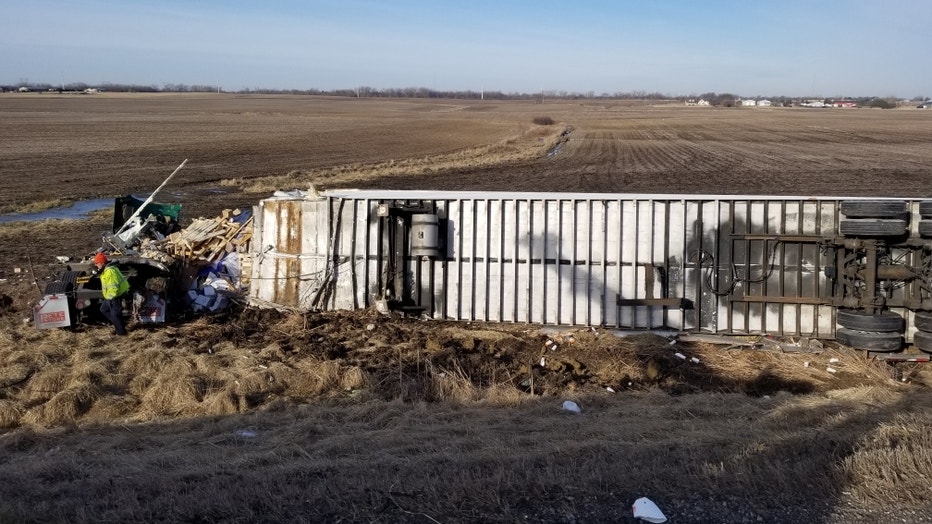 The driver of the Peterbilt was trapped in their vehicle, suffering from serious injuries. A good Samaritan who stopped at the scene helped pull the driver from the front cabin and a trooper who arrived on scene placed a tourniquet on the driver’s injured leg to contain the bleeding.

The trailer being pulled by the Volvo that was struck in the rear was damaged in the crash, resulting in its contents being spilled across all southbound lanes, according to police. All lanes were blocked and traffic could only get by on the left shoulder. 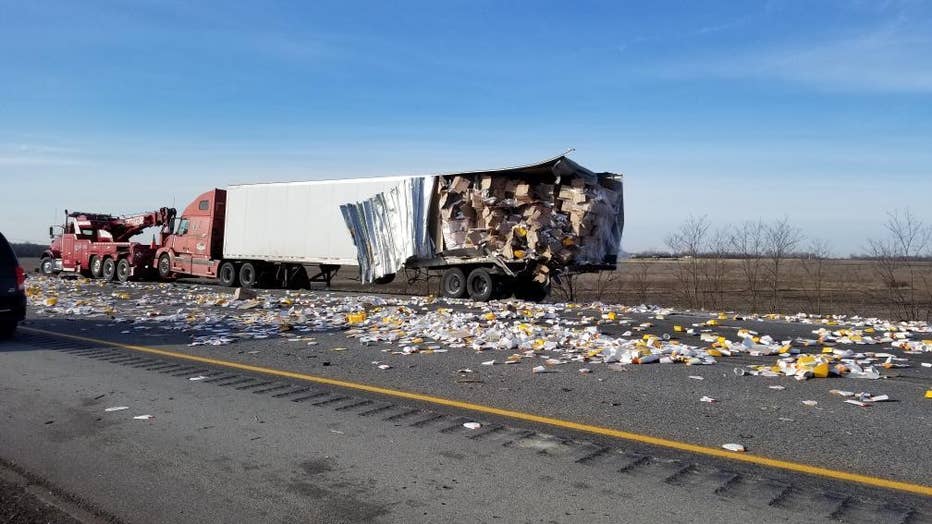