Around 11 a.m., officers with the Lake County Sheriff’s Department say they witnessed an occupant in a gray Ford Fusion throw a bottle out of the vehicle near 25th and Grant streets in Gary.

The officers initiated a traffic stop, but the vehicle fled, getting onto westbound I-80/94, police said.

The Ford Fusion came to a stop just over the Illinois state line, police said. 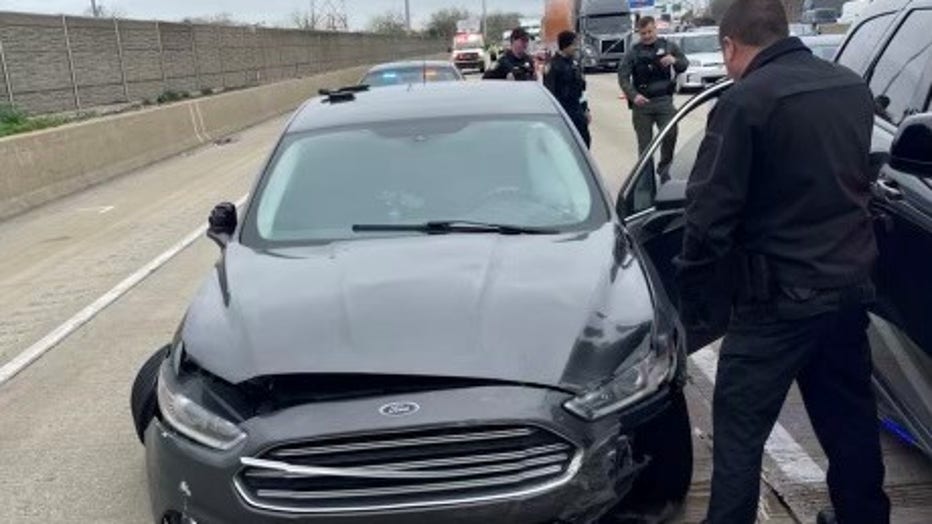 Officers say they saw the driver of the vehicle throw a firearm over the barrier wall near the roadway, and then the suspect allegedly fled on foot eastbound from the scene.

The passenger in the Fusion remained inside the vehicle, police said.

Both occupants were taken into custody. The driver was 22-years-old and the passenger was 21 – brothers from Robbins, police said.

Investigators determined the vehicle was registered to their mother.

"I am so proud of the work of all of the officers who helped to make these arrests safely and quickly.  The two officers who initially observed the vehicle work for our sex offender registry and were doing routine checks at the time.  Their attention to detail and willingness to follow through when they saw a violation helped to make our streets safer today," Lake County Sheriff Oscar Martinez Jr. said in a statement.

Charges are pending against the brothers. No other injuries were reported.