One man was killed and another was injured after an awning collapsed over a patio Wednesday at an off-track betting site in Pullman on the Far South Side.

CHICAGO - One man was killed and another was injured after an awning collapsed over a patio Wednesday at an off-track betting site in Pullman on the Far South Side.

They were on the patio about 4:40 p.m. at Club Hawthorne Corliss, 11203 S. Corliss Ave., when the awning over their heads collapsed under the weight of snow, according to the Chicago Fire Department. 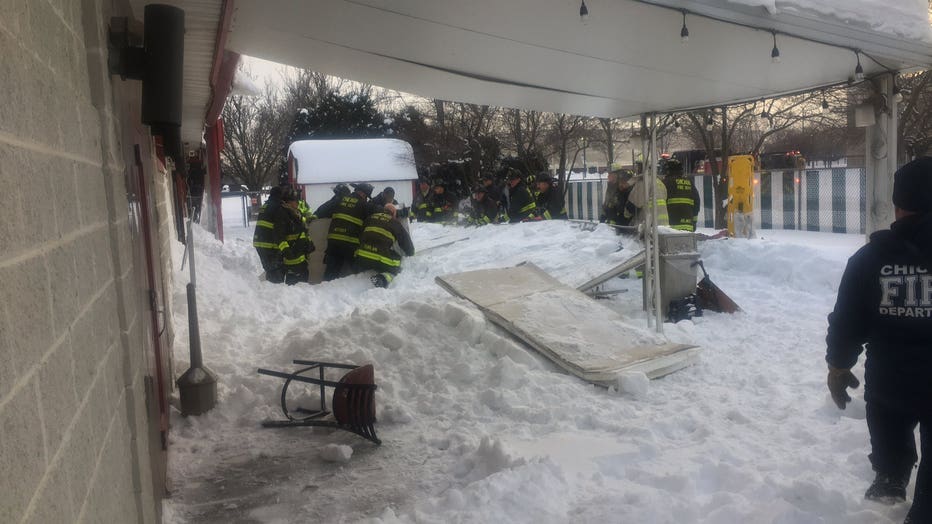 One man, 59, was able to get out from under the awning under his own power, but the other man, 54, had to be rescued by firefighters responding to the scene, officials said. Both were taken to Christ Medical Center in Oak Lawn, where the 54-year-old died. He was identified as Randy Pate Sr., of West Pullman, by the Cook County medical examiner’s office. An autopsy ruled his death an accident.

The 59-year-old was in fair-to-serious condition.

The main building was unaffected by the collapse, but the rest of the awning was pulled down by firefighters, officials said.

When reached over the phone Wednesday, an employee for Club Hawthorne Corliss declined to comment.

The 54-year-old is the first person to die in a series of building failures that has seen roofs across the Chicago area crumble under the weight of snow which has accumulated over the last several weeks.

Earlier Wednesday, another structure collapsed at 25th and Damen and then at 81st and Hoyne. Both buildings were vacant.

In Lake View, roofs attached to three garages caved in after the area saw 18 inches of snow over the past two days.

Fortunately, no one was inside the vehicles or the garage at the time.

Fire officials warned that the troubles would continue, saying "we can expect more roof failures with the heavy snow load and sub freezing temperatures," noting that most of the buildings affected were about 100 years old. 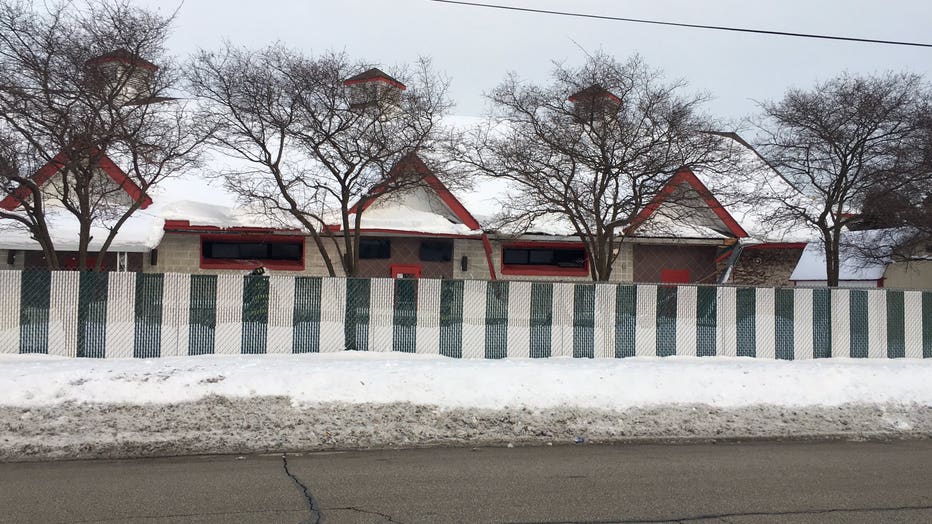