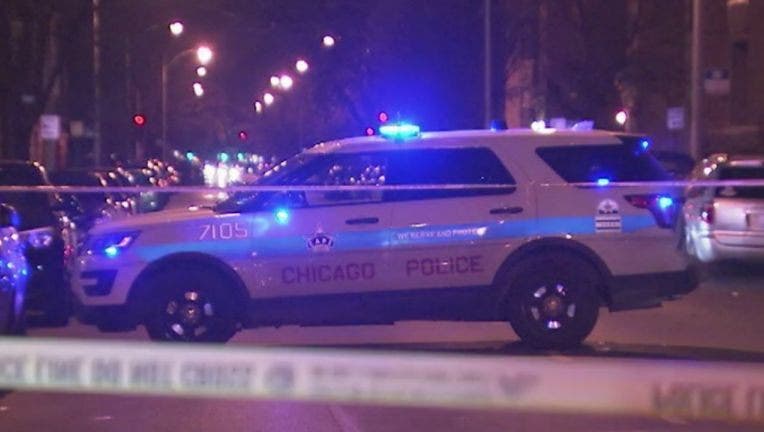 CHICAGO - Twenty people have been shot, two of them fatally, in Chicago this weekend.

The latest fatal shooting killed a man Sunday in Austin on the West Side.

The 31-year-old was walking about 7:25 p.m. in the 500 block of North Central Avenue when someone approached and shot him in the chest, abdomen and hip, Chicago police said. The man was pronounced dead on the scene.

On Friday, a man was killed in South Shore.

Darnell McGee, 22, was walking about 7 p.m. in the 1700 block of East 69th Street when two or three males stepped out of a silver-colored Audi and opened fire, police and the medical examiner’s office said. He was struck multiple times and pronounced dead at the University of Chicago Medical Center.

A 17-year-old boy was walking about 11:30 p.m. when he heard gunshots and felt pain, police said. The teen was struck in the chest, and was taken to Stroger Hospital in fair condition.

At the same time, officers found a 17-year-old boy with gunshot wounds on the porch of a home, police said. He was hit in the arm and leg.

The teen ran from the scene of a shooting in the same neighborhood, but it is unknown where the gunfire came from, police said. He was also taken to Stroger Hospital in fair condition.

A 15-year-old boy was shot Saturday in Wrightwood on the South Side.

He was walking about 12:39 a.m. when someone in a passing black vehicle fired shots, police said. The teen was struck in the arm, and he was taken to Comer Children’s Hospital in good condition.

On Sunday, a 17-year-old boy was shot in West Rogers Park on the North Side.

He was in an alley about 8:05 p.m. when he was shot in arm and side, police said. The teen took himself to St. Francis Hospital in Evanston in good condition.

The latest nonfatal shooting wounded a man Monday in Gresham on the South Side.

The 29-year-old was standing on the sidewalk about 2:20 a.m. in the 7700 block of South Marshfield Avenue when he heard gunfire and felt pain, police said. He was struck in the ankle and taken to Christ Medical Center in Oak Lawn in good condition.

Sunday, a 34-year-old woman was shot in Belmont Central on the North Side.

She was driving about 2:30 a.m. in the 5900 block of West Belmont Avenue when she heard gunfire and felt pain, police said. She didn’t see who shot her or know where shots came from.

The woman was hit in the lower back, and she drove herself to Community First Medical Center, police said.

A little over an hour before, a 24-year-old man was seriously wounded in Lawndale on the West Side.

He was with friends in the living room of a home about 1:06 a.m. in the 1600 block of South Homan Avenue when he was shot in the head, police said. Someone drove him to Stroger Hospital in serious condition, police said. Investigators haven’t found witnesses, and details about the incident are unknown.

Saturday, a 26-year-old man was shot during an attempted robbery in Calumet Heights on the South Side.

He was walking about 4:15 a.m. in the 2000 block of East 95th Street when a man dressed in all black and a ski mask approached him, police said. The suspect displayed a gun and announced a robbery.

The man ran off, and the suspect shot him in the foot, police said. The victim was taken to Trinity Hospital in fair condition. The suspect fled the scene police said.

A man and woman people were shot early Saturday morning in Fuller Park on the South Side.

The 31-year-old man was driving with a 29-year-old passenger about 12:47 a.m. in the 4400 block of South Wells Street when someone in a black Honda truck fired shots, police said. The man was hit in the torso and grazed in the back. The woman was shot in the leg.

They were both taken to the University of Chicago Medical Center, police said. The man was in critical condition, and the woman was in good condition.

The earliest weekend shooting wounded a 19-year-old man Friday in Albany Park on the North Side.

He was on the street about 8:40 p.m. in the 4800 block of North Drake Avenue when someone in a passing black SUV opened fire, police said. The man was hit in the hand and was taken to Swedish Covenant Hospital in good condition.

Seven other people were hurt in gun violence incidents across the city.