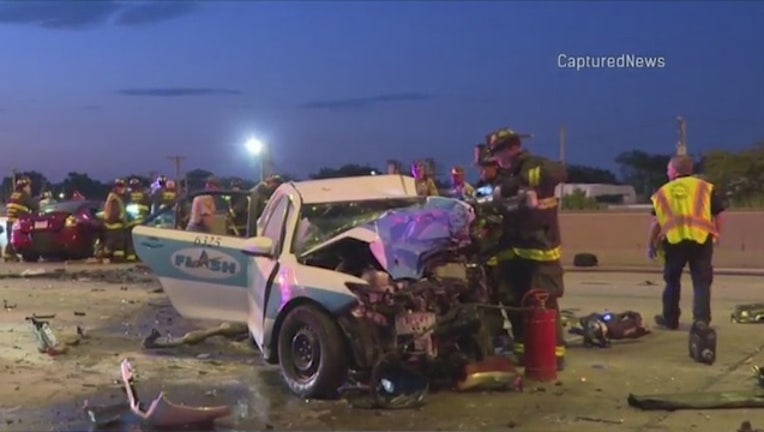 CHICAGO (Sun-Times Media Wire) - Two people were killed and two others injured in a crash Saturday on I-55.

About 4:20 a.m., a red Nissan traveling the wrong way in the southbound lanes collided head-on with a taxi in the middle lane of I-55 near Kedzie Avenue, Illinois State Police said.

Two passengers in the taxi were taken to Mount Sinai Hospital in critical condition, state police said. It was not immediately known if drugs or alcohol played a role in the crash.