CHICAGO - Seven people were shot — two of them fatally — Monday in Chicago, including an 18-year-old man shot to death on the Southeast Side.

The man was standing on the street in the 10600 block of South Avenue O about 9 p.m. when he heard gunfire and realized he was shot, Chicago police said. He was struck in the abdomen and leg, and was taken to the University of Chicago Medical Center where he was pronounced dead.

In the day’s first reported shooting, a 32-year-old man was killed while driving through South Shore.

Damon Chandler was driving about 3:10 a.m. in the 7500 block of South Coles Avenue when someone unleashed gunfire, authorities said. He was struck in the head and crashed into a parked car. 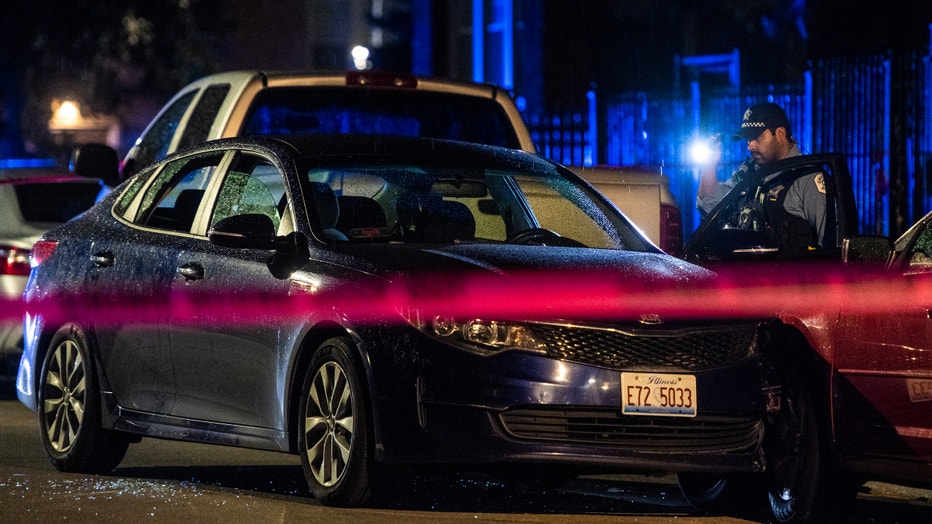 Chicago police investigate the scene where a man was shot and killed, Monday morning, in the 7500 block of South Coles, in the South Shore neighborhood. | Tyler LaRiviere/Sun-Times

Chandler, who lived in Chatham, was taken to the University of Chicago Medical Center, where he was pronounced dead at 3:45 a.m., authorities said.

Later Monday morning, a 16-year-old boy was shot in Little Village on the Southwest Side.

The boy was walking at 11:37 a.m. in the 3300 block of West 28th Street when someone walked up and started shooting, according to police.

The boy was shot multiple times and ran away before collapsing in the 2800 block of South Spaulding Avenue, police said. He was taken to Mount Sinai Hospital in critical condition.