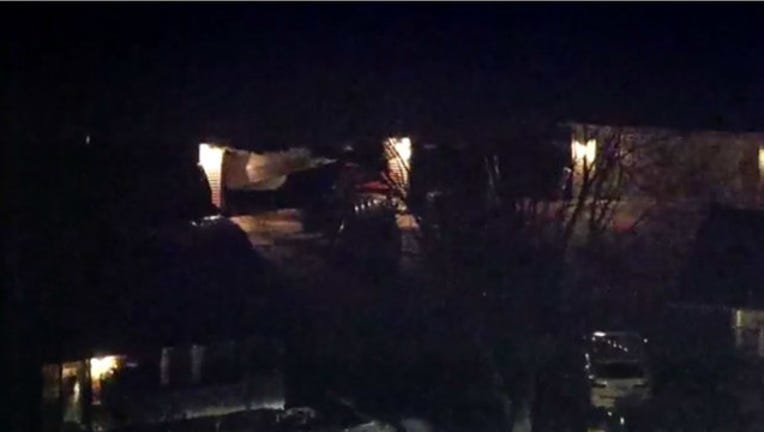 Officers responded about 5:25 a.m. to the Holiday Inn at 18501 Convention Center Drive after security staff at the hotel said four people were walking around the parking lot and looking into vehicles, according to Tinley Park police.

The group in the parking lot got into a white minivan and left the lot without the van’s lights on, police said. Officers followed the van as it drove slowly on 183rd Street and continued north to Ridgeland Avenue, where the driver turned into a subdivision.

As the van reached the 6400 block of 182nd Street, officers tried to pull it over, police said. The van turned off 182nd Street onto 66th Avenue, where it struck a detached garage in a cul-de-sac before coming to a stop.

Four people got out and ran away, police said. One was immediately taken into custody, and the others were arrested later near the Tinley Park Convention Center. Detectives determined the van was stolen and contained items stolen in area burglaries.