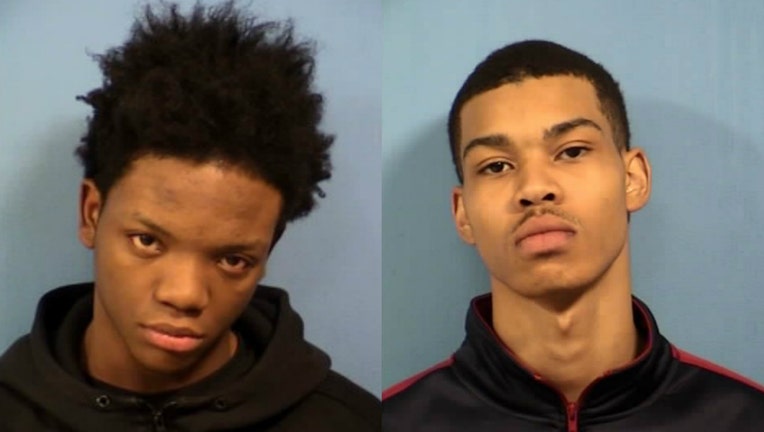 WOODRIDGE, Ill. - Two men allegedly stole a car at gunpoint Wednesday in west suburban Woodridge and were chased onto a golf course after the car broke down in traffic, prosecutors say.

Darryl Simmons, 18, and Jehdan Matthews, 19, are each charged with a count of aggravated armed vehicular hijacking, the DuPage County state’s attorney’s office said in a statement.

They allegedly put a gun to a man’s side about 1 p.m. at Citgo gas station, at 2340 75th St., and said, “give me your money,” prosecutors said. They allegedly took his keys and drove off.

Darien police officers saw the men leave the car after it broke down in traffic, prosecutors said. Officer chased them on foot through a nearby golf course, where they were arrested.

Police recovered a gun with a 30-round extended magazine, prosecutors said.

State’s Attorney Robert Berlin said this was the fourth carjacking in DuPage count in just over a month.

“In DuPage County, law enforcement has no tolerance for this type of violent behavior,” Berlin said in a statement.

If found guilty, both defendants face between 21 and 45 years in prison, prosecutors said.