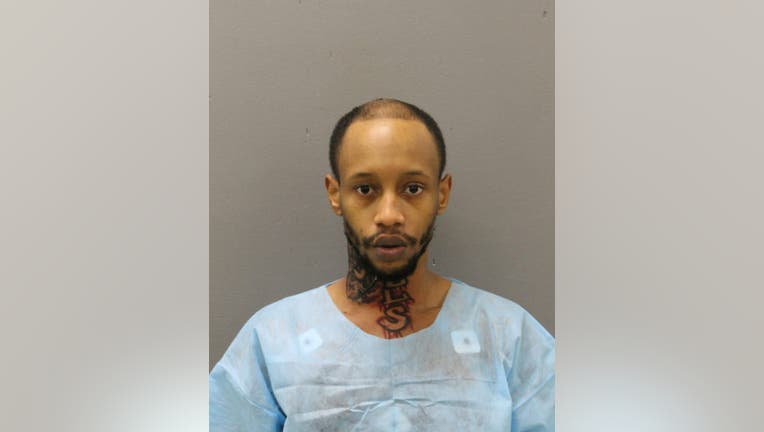 CHICAGO - A judge denied bail over the weekend for two men who were wounded in a shootout with police that also left an officer injured earlier this week near a Calumet Heights neighborhood gas station on the South Side.

Two days before the encounter, two Chicago police officers had spotted a black Jeep Grand Cherokee that was reported stolen in the neighborhood — and both times the Jeep fled, Cook County prosecutors said during a bail hearing.

They parked their squad vehicle, walked up and, as it began to slowly roll away, one of the officers jumped into the backseat while announcing "Chicago police," prosecutors said. Taylor, 26, was allegedly at the wheel, with Covington, 21, in the passenger seat.

Covington allegedly pulled out a handgun and fired a shot at the officer, who was trying to get out of the car, prosecutors said. The officer said he thought he returned fire as he fell out, according to prosecutors.

The Jeep took off but crashed nearby, prosecutors said. Taylor then allegedly got out and pointed a gun at the officers.

In the ensuing exchange of gunfire, an officer was shot in the calf, Covington was hit in the knee and Taylor was grazed across the shin, prosecutors said. The defendants allegedly tried to run but were arrested a couple of blocks away.

Taylor’s lawyers said they believe the evidence will show he never fired a weapon.

The wounded officer was treated at the University of Chicago Medical Center and has since been released. Taylor was also treated and released into custody. Covington remained hospitalized Saturday.

Both men have another court hearing scheduled for Monday.