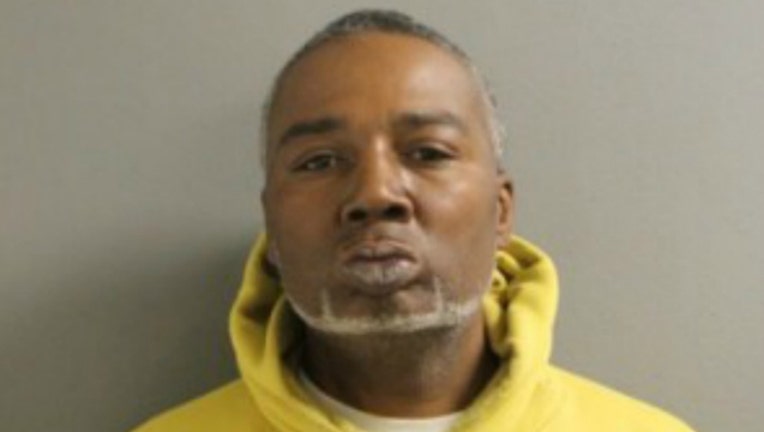 CHICAGO (Sun-Times Media Wire) - Charges have been filed against two men who may be connected to a series of heroin overdoses that left four people dead last week on the West Side.

While the charges filed against them are not directly related to the batch of fentanyl-tainted heroin that caused at least 17 overdoses since April 23, police said Anthony Robinson and Douglas Tate may be connected to the case.

Robinson, 49, is charged with six felony drug offenses, including manufacture or delivery of heroin and possession of a controlled substance, according to Chicago police and Cook County court records.

He appeared in court on Thursday before Judge Arthur Wesley Willis and has since been released on a cashless bond, according to court records. His next court date was set for May 13.

Tate, 47, is charged with simple assault for allegedly threatening someone by saying, “We’re going to deal with you” in connection with the rash of overdoses. Tate, of East Garfield Park, was released after posting a $1,200 bail.

Last week, at least 17 people suffered drug overdoses, four of them fatal, after a batch of tainted heroin was sold in the East Garfield Park neighborhood. Fentanyl, a painkiller 30 to 50 times as powerful as heroin, was mixed in with the heroin, among other substances, the Drug Enforcement Administration said.

Reports of the overdoses started about 9:40 a.m. April 23. Callers reported a silver-colored car selling drugs in the area, police said.

A 50-year-old man was found dead over an overdose early that morning on Homan Avenue, authorities said. The man’s mother found him in the living room slumped backward in front of a sofa. He was pronounced dead at the scene.

“You tell him constantly … to what effect?” his mother said. “He was 50 years old and there was nothing I could do about it.”