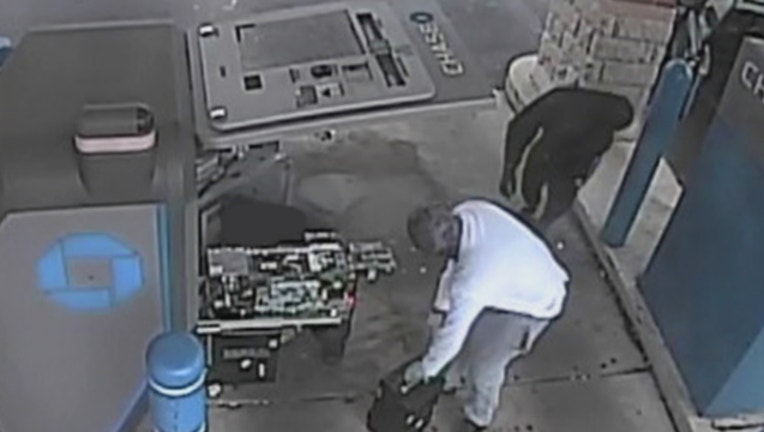 The suspects should be considered armed and dangerous, the FBI said. They were described as two black males, both with slim builds and between 5-foot-7 to 5-foot-8.

Security footage shows the robbers were driving a dark Chevrolet SUV at the scene.