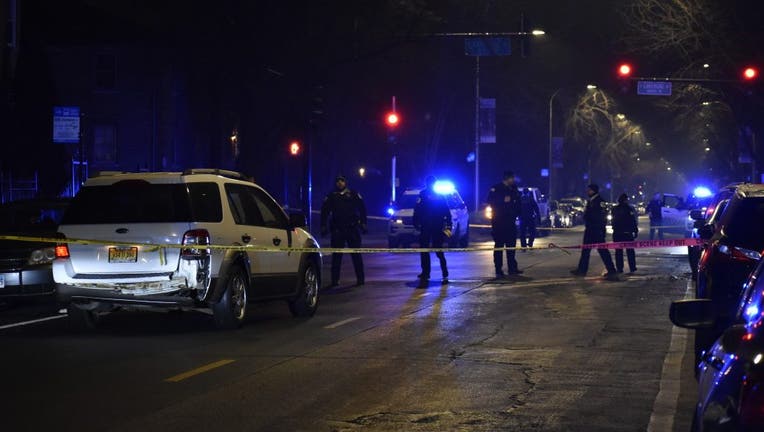 CHICAGO - Two men were shot Saturday in Austin on the West Side.

The SUV fled the scene, and the other vehicle crashed in the 4900 block of West Jackson, police said. Both men were taken to Mount Sinai Hospital. The younger man is in critical condition, while the older man’s condition was stabilized.

No arrests have been made. Area North detectives are investigating.