2 severely abused dogs found outside in Chicago, left for dead

CHICAGO - Two dogs are on the road to recovery after being severely abused.

The animals were discovered this week, and the extent of their injuries is raising questions and has led to a criminal investigation.

The first dog was found Monday. He’s a black dog named Chase. He was found with such severe injuries that it was believed he was hit by a car, but he wasn’t suffering from any broken bones. 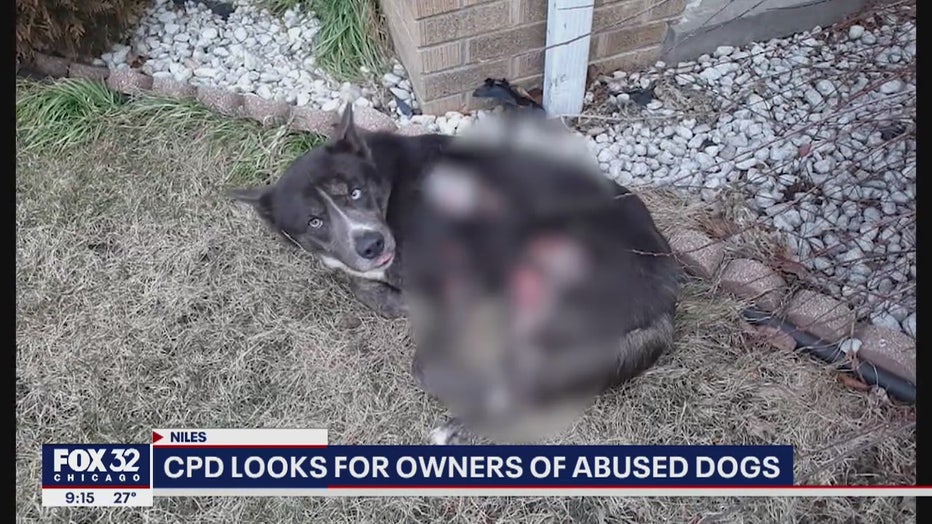 Chase was found lying outside an apartment building in the 5800 block of North Elston in the Jefferson Park neighborhood and was rushed immediately to the Niles Animal Hospital and Bird Medical Center.

The vet staff believes that Chase was abused. He has lacerations and severe burns. Still, despite all of his injuries, he is loving the affection and is a sweetheart to the vet staff.

Chase was chipped, but the owner says he gave the dog to a friend years ago.

Chase’s son, Lucky, was also rescued. He too is suffering major abusive injuries. Again, he has cuts and burns to his body and the top half of his cornea was also burned.

Right now, both dogs are just happy to be alive and back together again. The vet says their wounds are healing just fine.

After all they’ve been through, the two dogs should be released to foster care by the end of the week.

It is a Chicago police lieutenant's foundation that is making sure these dogs get the care they need.

“It’s always infuriating when offenders do things to other people, but especially to animals and children. They are just so defenseless,” said Lt. John Garrido of the Garrido Stray Rescue Foundation.

“As it turns out, he's really a super-sweet dog, but he went through so much…it's a shame,” said Dr. Peter Sakas of Niles Animal Hospital. “When we were taking the radiographs, he was nuzzling with our technicians when they were taking his x-rays.”

If you know anything about the abuse of these dogs, you are asked to please call the Chicago Police Department.