VILLA PARK, Ill. - Bond has been denied for two men accused of carjacking a woman at knife point from a Villa Park parking lot while her two children were in the back seat, prosecutors said Saturday.

On Friday, Villa Park police officers responded to a call of an aggravated carjacking that occurred in the parking lot of a shopping mall at 270 W. North Avenue.

At about 4:48 p.m., the victim and her children, ages 10 and five, exited the mall and entered her vehicle.

About a minute later, as the victim sat in the driver's seat with the window down, Gomez-Garcia approached the vehicle.

He allegedly put a knife with a 3.5 blade to the woman's throat and told the victim to move to the passenger seat, prosecutors said.

As the victim moved over, Krieg allegedly entered the rear passenger area of the vehicle with the victim’s children. 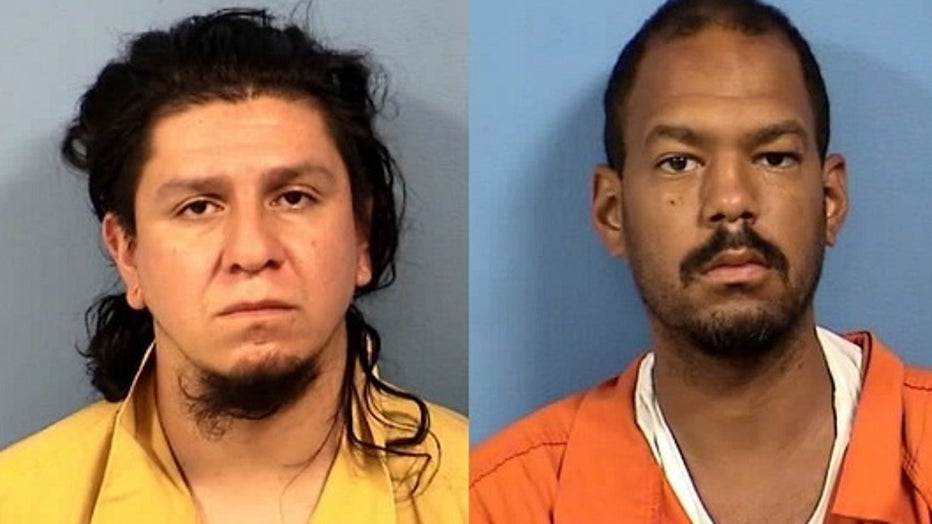 Gomez-Garcia then allegedly ordered the victim to give him her property, which she did. The property included her iPhone 11, Apple Watch and wallet, prosecutors said.

Gomez-Garcia allegedly told the victim to drive to her house, but the victim drove to a different location where she and her children were released from the vehicle.

Gomez-Garcia told the victim not to contact the police, prosecutors said.

Gomez-Garcia and Krieg then fled in the victim’s vehicle.

An investigation by Villa Park police and the Chicago Police Department led authorities to the 2900 block of W. Harrison in Chicago.

At about 7:21 p.m., CPD officers located the victim’s vehicle at that address and allegedly found Krieg in the stolen vehicle, prosecutors said.

Gomez-Garcia was ten feet away.

Both men, who were armed with a knife, were then taken into custody.

"On October 8, 2021, a mother and her two young children lost their innocence to two alleged carjackers and kidnappers," said Villa Park Chief of Police Michael Rivas. "The pain and suffering felt by victims is what motivates us in the law enforcement community to work tirelessly to bring violent offenders to justice."

The next court appearance for both men is scheduled for Nov. 8 for arraignment.

Cook County carjackings on pace to be worst in decades

Carjackings in Cook County are on pace to be the worst in two decades.