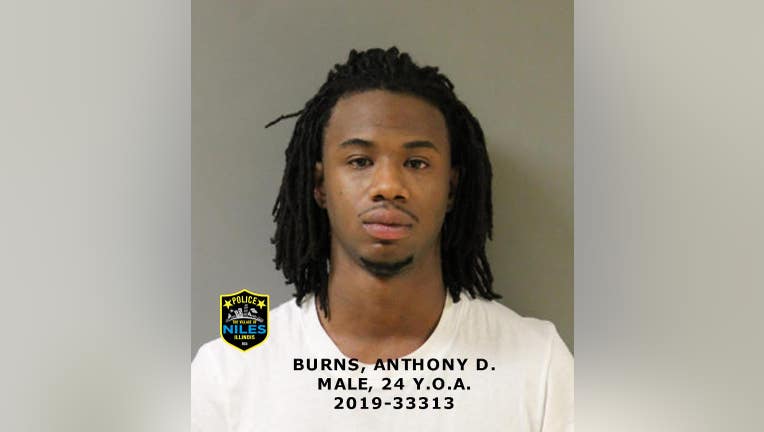 CHICAGO - A second person has been accused of firing shots outside of a nightclub in north suburban Niles in September.

Anthony Burns, 24, faces one charge of aggravated discharge of a firearm towards a vehicle or person, Niles police said. He was arrested Oct. 27 after an investigation allegedly linked him to the Sept. 22 incident, in which shots were fired about 3:22 a.m. outside the Music Box Club, 7867 N. Milwaukee Ave., Niles police said.

Willie Montgomery-Wise, a 20-year-old North Chicago man, was charged last month in connection with the same incident, police said. He was ordered held on $150,000 bond.

No one was injured in the incident, police said.

Burns, a Chicago man, was held without bond, Cook County court records show. Both men are due back in court Nov. 4.