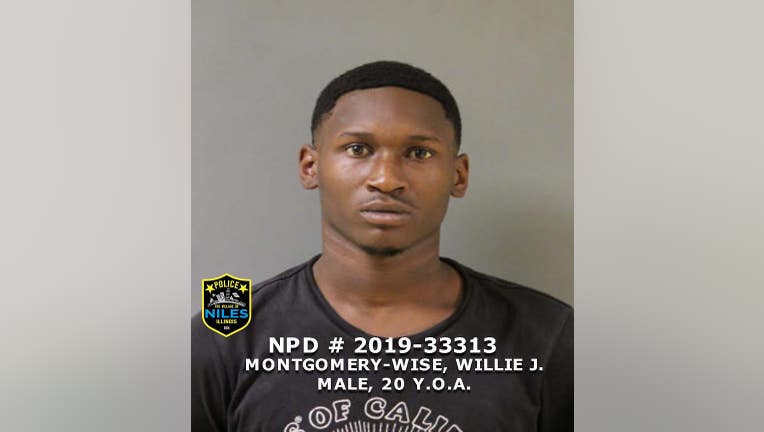 A North Chicago man is facing felony charges after allegedly firing his gun outside of a nightclub in north suburban Niles.

Willie Montgomery-Wise, 20, was charged with aggravated unlawful use of a weapon, aggravated discharge of a firearm and criminal damage to property, Niles police said.

Montgomery-Wise is due in court Oct. 7.