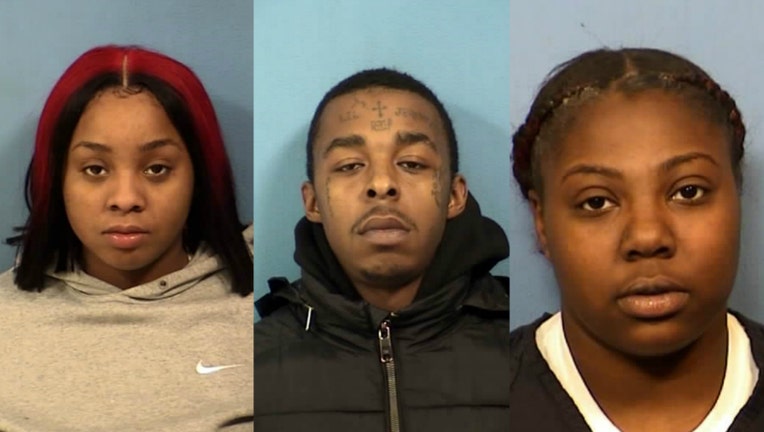 The trio allegedly went into Ulta Beauty, 112 Danada Square, in Wheaton about 4:50 p.m. Feb. 15, the state’s attorney’s office said. They stole about $4,000 worth of merchandise including several bottles of perfume and cologne.

They also went to Kohl’s, 310 S. IL-83, in Elmhurst and stole about $6,000 worth of clothing including Nike and Adidas, the state’s attorney’s office said.

They led Elgin police on a chase that ended in Chicago when they crashed into a Chicago police squad car. They were taken into custody after they tried to flee the crash.

Williams also faces one count of fleeing and eluding, and Allen is charged as a fugitive from Jackson County, Missouri, the state’s attorney’s office said.

All are due in court March 16.