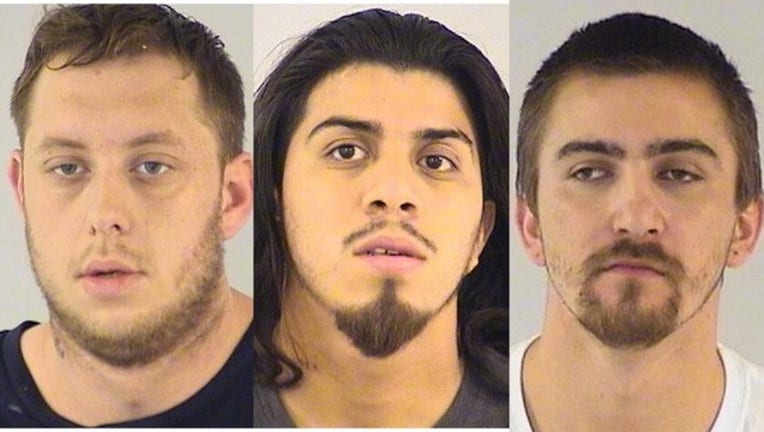 SUN TIMES MEDIA WIRE) - Three men are facing charges after officers found over 50 grams of cocaine and two handguns at a home in north suburban Waukegan.

U.S. Marshals and members of the Lake County sheriff’s office responded to the 1100 block of Drew Lane to locate two of the men, who were wanted on outstanding warrants, according to a statement from the sheriff’s office.

Felix E. Guadarrama, 25, of Waukegan, was wanted on felony counts of criminal damage to property and escape, the statement said. In addition, 27-year-old Chase J. Parthe, a documented gang member from Waukegan, was wanted on a warrant for failing to report a change of address as a violent offender against youth, which is a felony.

While they were taking the men into custody, officers found 52 grams of cocaine, a revolver, a stolen semiautomatic handgun, drug paraphernalia and over $1,000 in cash, the sheriff’s office said.

A third man, Riley J. Marcus, was also found at the home with cocaine and marijuana, the sheriff’s office said. Marcus, of Libertyville, was charged with a misdemeanor count of unlawful possession of a controlled substance.

Parthe is being held at the Lake County Jail on $250,000 bond, the sheriff’s office said. His next court date was set for Friday.

Guadarrama is being held at the jail on $100,000 bond awaiting a Thursday court hearing, the sheriff’s office said.

Riley was processed at the jail and later released, the sheriff’s office said. He is expected in court on Sept. 10.