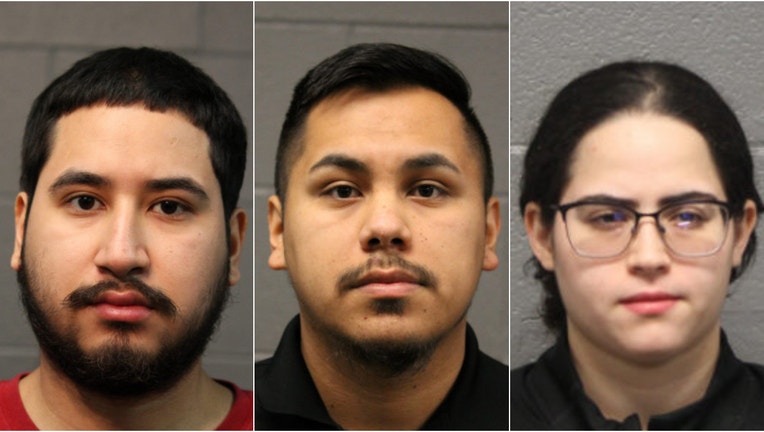 CHICAGO - Three people have been charged with robbing a cellphone store at gunpoint this month in Ukrainian Village on the Near West Side.

Richard Manjarrez-Aragon and Angel Angel Vargas, both 20, are charged with one felony count each of armed robbery with a firearm and aggravated kidnapping, according to Chicago police. Verushuka Saez-Sanchez, also 20, is charged with a felony count of theft.

The trio is accused of holding up the shop about 10 a.m. Feb. 2 in the 2300 block of West Chicago Avenue, police said. They pulled out handguns and demanded that an employee open the register and show them where the phones were kept.

They then forced the employee into a bathroom and kept them there while they took cash and a safe containing new phones, police said. They left the store in a white sedan.

All three suspects were arrested Wednesday, police said. Vargas, who lives in Kilbourn Park, was taken into custody at 2:21 p.m. in the 1200 block of South Ashland Avenue.

They are all expected to appear in court for a bail hearing Friday.