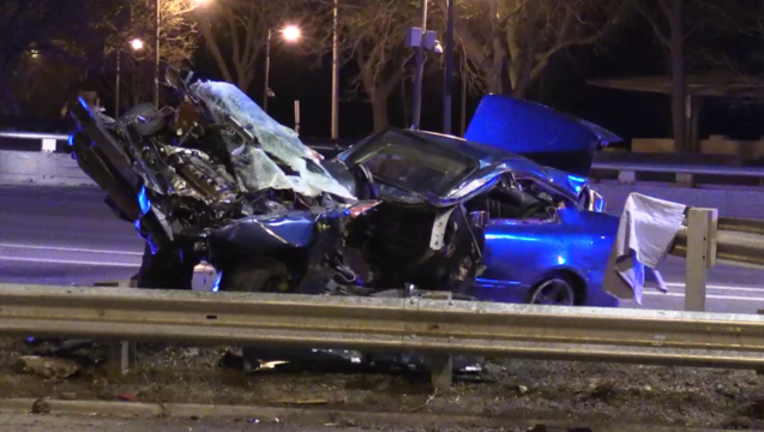 A car crashed into the guardrail off the southbound lanes of Lake Shore Drive near North Avenue. | NVP News

About 11:45 p.m., the Honda Civic was traveling south on Lake Shore Drive when it struck the guardrail near North Avenue, pinning an 18-year-old man in the driver’s seat inside the car, according to Chicago Police.

About a half dozen people pulled over and gathered at the scene of the crash, talking to the driver until first responders arrived. Firefighters had to cut through the guardrail and use the Jaws of Life to remove the car’s hood to extricate the man.

Two other males were in the vehicle at the time of the crash, one of whom was also taken to Northwestern, while the other was taken to Illinois Masonic Medical Center, Hernandez said. They were also listed in serious-to-critical condition.