CHICAGO - Three people were injured after being hit by a car Friday on the Near West Side.

A black Hyundai Santa Fe was southbound about 4:30 p.m. in the 100 block of North Halsted Street and attempted to make a green light, Chicago police said.

The driver lost control, swerved into oncoming traffic and hit three people at the intersection before crashing into a parked car, police said. 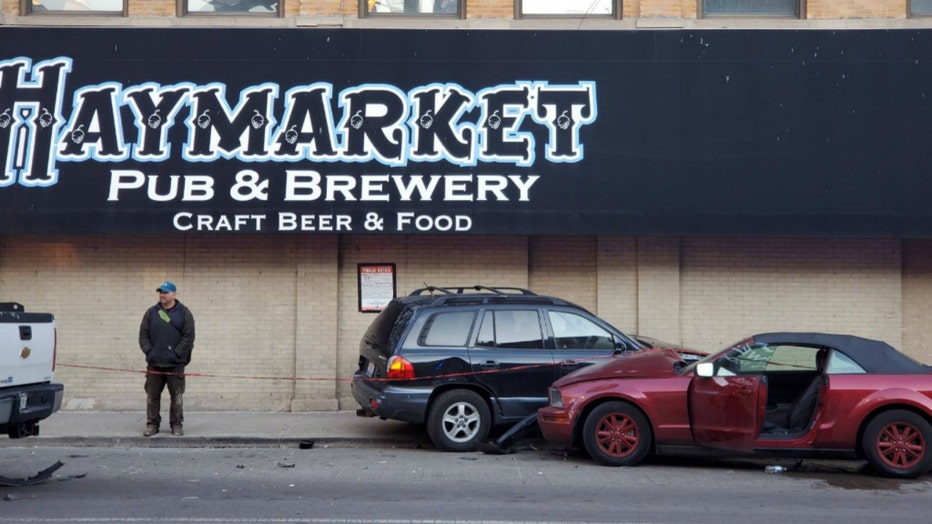 Several people were injured in a crash Feb. 21, 2020, at Randolph and Halsted streets. | Tyler LaRiviere/Sun-Times

Two were taken to Northwestern Memorial Hospital, one was listed in critical condition and another in serious condition, Chicago Fire Department officials said.

Another person was taken in “less serious” condition to Stroger Hospital, officials said. The driver was taken to the same hospital in an unknown condition.