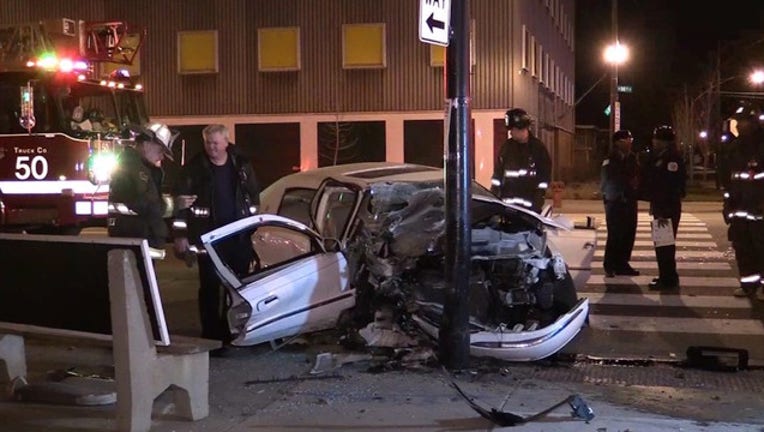 Three people were injured, one critically, in a crash early Saturday in the Gresham neighborhood. | Network Video Productions

CHICAGO (Sun-Times Media Wire) - Three people were injured, one critically, in a crash early Saturday in the Gresham neighborhood on the South Side.

About 2:30 a.m., a 17-year-old boy was driving a 2001 Lincoln Town Car southbound in the 8800 block of South Ashland at a high rate of speed when the car lost control and hit a light pole, according to Chicago Police.

The driver, an 18-year-old man in the front seat, and a 17-year-old boy in the back seat were all taken to Advocate Christ Medical Center in Oak Lawn, police said. The 17-year-old passenger was in critical condition, and the 18-year-old’s and driver’s conditions were stabilized.