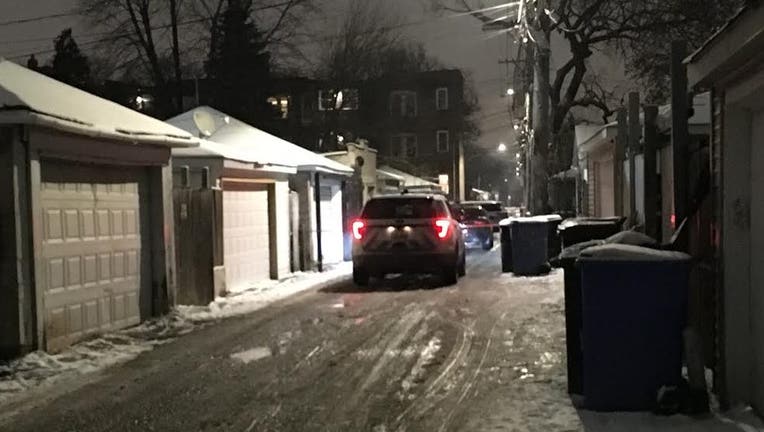 CHICAGO - Three people were killed and eight others were wounded in gun violence throughout Chicago over the weekend.

Alberto Rodriguez, 18, and another man were in a vehicle about 7:20 p.m. in an alley in the 4300 block of West Thomas Street when someone walked up and fired shots at them, Chicago police and the Cook County medical examiner’s office said. Rodriguez was struck in the head and taken to Stroger Hospital, where he was pronounced dead.

The other man, 19, was struck in the arm and taken to the same hospital, where he was stabilized, police said.

On Friday, two people were killed in separate shootings about an hour apart.

Maurice Jones, 34, was killed and another was wounded in Lawndale on the West Side, authorities said. They were crossing the street about 6 p.m. in the 700 block of South California Avenue when someone fired shots from a dark-colored car that was westbound on Lexington Street.

Jones was struck in the chest and taken to Mount Sinai Hospital, where he was pronounced dead, authorities said.

The other man, 39, was hit in the buttocks and taken to the same hospital in good condition, police said.

An hour earlier, a 17-year-old boy was killed in Englewood.

About 5 p.m., Rasean Green was in the 7200 block of South Aberdeen Street when someone approached and shot him multiple times, police and the medical examiner’s office said. He was taken to the University of Chicago Medical Center, where he was pronounced dead.

Nonfatal shootings wounded six other people between 5 p.m. Friday and 5 a.m. Monday, including a bicyclist shot early Monday in Roseland on the South Side.

The 52-year-old man was riding about 2:03 a.m. in the 100 block of West 107th Street when someone in a passing black Chevrolet Malibu fired shots, police said. He was struck in the leg and abdomen, and his condition was stabilized at Christ Medical Center in Oak Lawn.

On Saturday evening, a 46-year-old man was shot during a robbery in Chatham on the South Side.

He was driving about 9:30 p.m. when he was flagged down by two males in the 8200 block of South Maryland Avenue, police said. They demanded and took his wallet before shooting him once in the leg. The man drove himself to Jackson Park Hospital and was listed in good condition.

Earlier that morning, a man was shot in Logan Square on the Northwest Side.

The 37-year-old was driving about 6 a.m. when someone opened fire in the 2400 block of North Central Park Avenue, striking him in both legs, police said. He took himself to Norwegian American Hospital, where he was stabilized.

Less than two hours before that, a woman was shot while getting into a vehicle in the same neighborhood.

The 35-year-old was about to get into a vehicle with her friends at 4:18 a.m. in the 3000 block of North Hamlin Avenue when she heard gunfire and felt pain, police said. She didn’t see who fired shots or where the shots came from. The woman was driven to Community First Medical Center with gunshot wounds to both legs and her condition was stabilized.

Hours earlier, a man was shot multiple times in Lawndale on the West Side.

The 29-year-old was sitting in his parked car at 2:50 a.m. when someone in a passing white sedan shot at him in the 700 block of South Kedvale Avenue, according to police. He was hit twice in the shoulder and grazed on a rib. His condition was stabilized at Stroger Hospital.

The weekend’s earliest nonfatal shooting happened Friday in Austin on the West Side.

A 26-year-old man was walking about 8:30 p.m. in the 100 block of North Menard Avenue when he heard shots and felt pain, police said. He was hit in the foot and took himself to Rush Oak Park Hospital, where he was listed in good condition.