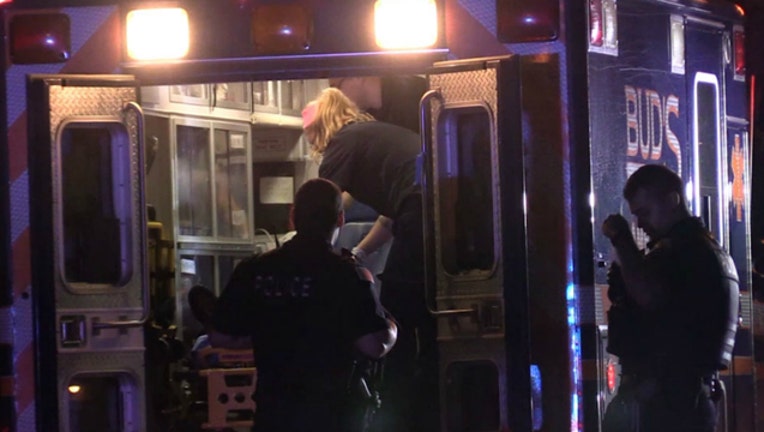 Emergency crews respond to a shooting early Sunday morning in the 14600 block of Empire Avenue in Dolton. | Justin Jackson/ Sun-Times

DOLTON (Sun-Times Media Wire) - Three men were wounded, one of them critically, in a shooting that happened early Sunday near Mayor Riley Rogers’ home in south suburban Dolton.

They were shot between 4 a.m. and 5 a.m. in the 14600 block of Empire Avenue, according to Dolton police Chief Robert Collins.

A 29-year-old man was taken to University of Chicago Medical Center in critical condition, Collins said.

Two 27-year-old men suffered wounds that weren’t thought to be life-threatening, said Collins, who didn’t specify where they were taken for medical treatment.

Mayor Rogers briefly showed up at the scene Sunday morning.

“This shooting happened two houses from me,” he told the Sun-Times.

None of the men who were wounded in the shooting live in the block where it happened, Collins said.

Police were investigating the motive for the shooting and the reason the men were in the area.