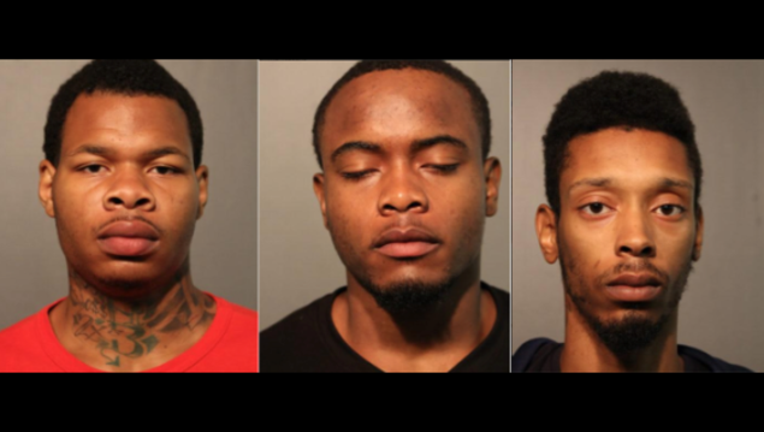 CHICAGO (Sun-Times Media Wire) - Three men have been charged with a pair of robberies that took place Friday morning in the Lake View neighborhood on the North Side.

South Shore residents Herbert Sanderfer, 19; Alvin Thomas, 18; and Dijon Williams, 22, were each charged with two counts of felony robbery, according to a statement from Chicago police. Sanderfer is also accused of possessing a controlled substance.

About 3 a.m. Friday, the trio stole property and cash from someone in the 900 block of West Belmont and another person in the 3200 block of North Halsted, police said. The three were arrested and were expected in bond court Saturday.