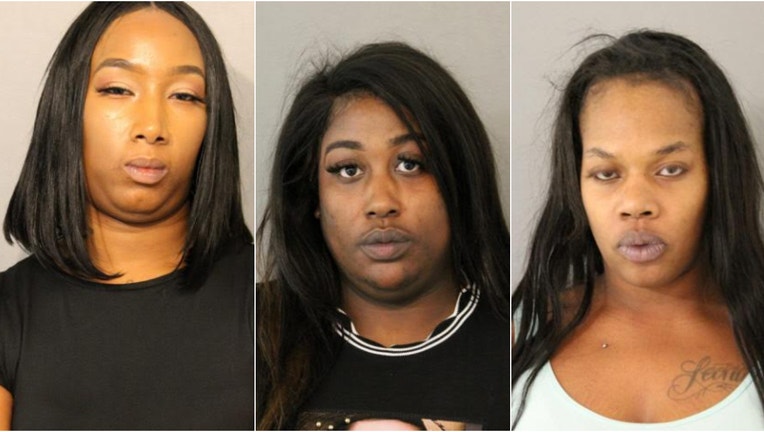 CHICAGO - Three women from the Milwaukee, Wisconsin, area are accused of beating and robbing a man who thought he had entered a ride-share vehicle last week in Lincoln Park.

Officers allegedly saw the trio beating the man in a car about 3:25 a.m. Feb. 15 in the 2000 block of North Sedgwick Street, police said. The women then robbed the man, dumped him out of the moving car and successfully eluded the officers, until another police vehicle saw it and pulled it over in the 1000 block of West North Avenue.

The women were taken into custody while the man, 24, was taken to Illinois Masonic Medical Center to be treated for injuries to his face, according to police.

Police sources said the man entered the car because he thought it was a ride-share.