Lieutenant Joe Perez with the Merced Police Department said the alleged killer, Dhante Jackson, 34, was able to avoid capture for so long with the women's help.

Authorities said 33-year-old Mayra Gutierrez Gonzalez, of Newark; 42-year-old Laronna Larkins, of Merced; and 40-year-old Daberka Thompson, of San Jose; provided Jackson with transportation, shelter, and money while he was on the run. 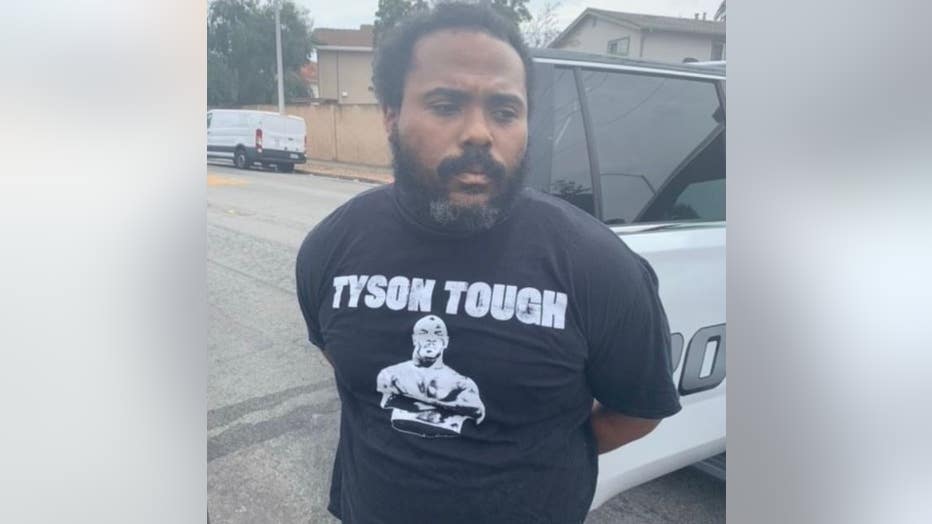 Police said Jackson was living with Gonzalez at the time of his arrest on Saturday in Newark.

All the women have been arrested for accessory to murder after the fact.

Relatives of Sophia Mason and her mother Samantha Johnson, 30, said more information will likely be revealed as to why the women were helping Jackson.

Johnson is already behind bars in connection with her daughter's killing. Her family said she is cognitively impaired.

Police described her as Jackson’s girlfriend, but her family questions that label.

Sophia Mason's family: 'This could have been totally avoided'

"For her to say that was her boyfriend, again this is coming from Samantha and her mental capacity is that of someone who is like eight, nine, or 10-years-old," said Melanie Verlatti, Johnson's cousin. "So, for her to say, it does sound like something she would say that’s her boyfriend, but does she really comprehend what that means."

Johnson pleaded not guilty to charges of murder and child abuse.

Sophia Mason was allegedly sexually and physically abused and then murdered at the hands of her mother and mother's boyfriend. Mason's family is now pressing charges against the department of children and family service of mishandling her case.

Sophia had been reported missing by relatives in Hayward before her body was found last March inside a home in Merced.

They told police they had not had contact with the girl since December, and that she was known to stay at different locations between Hayward and across California.

Statements Johnson made to Hayward police prompted them to ask for assistance from the Merced Police Department, which served a search warrant in March at the house in Merced where Jackson lived, they said.

Merced police found Sophia’s body in a bathtub, inside a locked bathroom, according to court documents.

Investigators determined the child suffered continuous physical abuse, was malnourished and at times was forced to live in a shed in the backyard of Jackson’s home, Perez said during a news conference Sunday.

The California Attorney General and Merced police say they arrested Dhante Jackson for allegedly killing his girlfriend's 8-year-old daughter, Sophia Mason. According to officials, Jackson, who had been on the run for six months, was arrested on Saturday in Newark, California. The Merced County D.A.'s office says they will charge Jackson with murder.

Johnson told a Merced police detective that Jackson, her boyfriend, had kept Sophia in a shed and that the child was subjected to physical and sexual abuse by Jackson.

Sophia twice personally told social workers that her mother had choked and hit her, according to child-welfare documents uncovered by Mercury News.

At one point, the internal documents show, a teacher and a social worker reported grave concerns over what they considered signs of abuse.